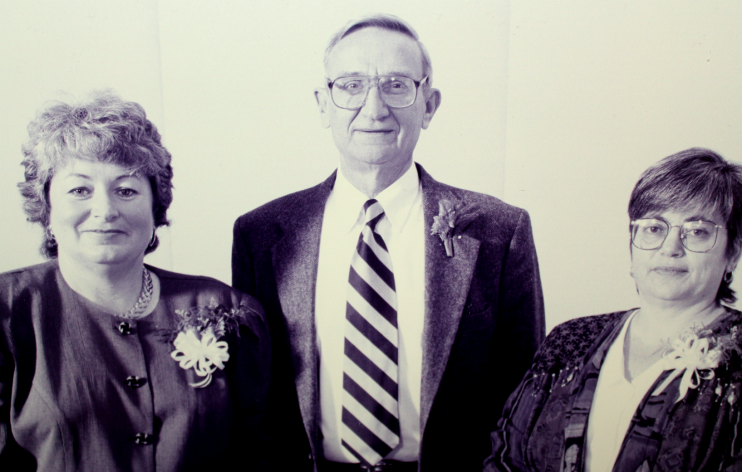 The Reverend Zeb North Holler, Jr., is retired as a Presbyterian minister, but he works ceaselessly throughout his community. His mission now is to serve the needy people of his city, Greensboro, no matter where that service may take him. He works to heal the hurting and empower the powerless.

Holler does not hesitate to go even into crime-ridden neighborhoods. Anywher people are hurting from injustice, poverty or for whatever reason, Holler will seek them out and try to help.

His efforts are making a difference in Greensboro, in part because of the help he gives to individuals. Even more important in the long run may be the way his efforts are teaching those who come in contact with him to be more aware and accepting of people who are unlike themselves. One visit at a time, Holler is helping to bridge the divide between rich and poor, black and white in Greensboro.

Evelyn Hill Nichols has lived in the East Flat Rock community in Henderson County all her life. Her activism there has made a difference in the community and beyond.

Nichols waged a courageous and successful battle against General Electric, forcing the corporate giant to clean up its contaminated industrial site near East Flat Rock.

She used the advocacy skills she learned to help unite her community around other causes. With her as an example and a leader, citizens have worked together to pass zoning laws, start a recycling center and build a public park.

Susan Dana Russell understands the vital importance of the first few years of a child’s life. She also understands the difficulties so many parents of young children face today, in single-parent homes and the many homes where there are two parents, but both of them must hold down jobs.

Russell has probably done more than any other person to improve daycare services for the children of North Carolina. She has made many specific contributions to improving daycare. She also has the vision to understand the complexities of daycare in this modern age.

Russell’s leadership also has been vital in countless related areas, such as her work with Smart Start, the North Carolina program that helps make sure children are ready to start school, and Project HomeStart.