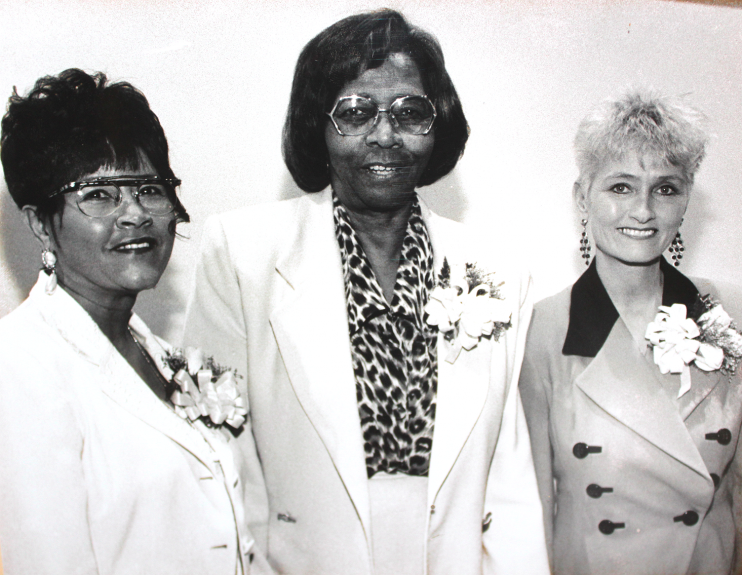 Once, Mary Hogden’s life was a nightmare. A rebellious teenager, she ran off with an abusive man, became addicted to drugs, sold drugs, committed crimes, and went to prison. Her story is of a life broken by crime and addiction, and she has told it often.

First, after she hit bottom and decided she could redeem herself, and countless times since, to men and women as broken as she was 15 years ago when she entered a residential treatment program in California and turned her life around.

Since then, she has filled her life with purpose: to help people who are like she was ather lowest. And she is succeeding.

Six years ago, Hogden became the foundingforce in FIRST, Forsyth Initiative for Residential Self-Help Treatment. FIRST- an alternative to prison for drug addicts - has 37 graduates who have completed a two-year program and are living meaningful lives. Sixty men and women are now in the program.

With income from its small businesses such as landscaping and temporary secretarial services, and with private support, FIRST is able to operate without government assistance. FIRST has brought stability to a neighborhood that was in transition. Yet FIRST and Mary Hogden face opposition and hostility, especially when looking for larger facilities in other neighborhoods.

Mary Hogden persists. She knows that to continue her personal healing, she must give away what was given to her during the early days of her recovery. She is the embodiment of personal courage, struggle and sacrifice.

Once Eufaula Street in Fayetteville was a peaceful, proud neighborhood where working-class blacks owned their homes. Today, the area is dominated by two large landfills that contain the waste from Fayetteville, Cumberland County and several other counties. Some of the waste is toxic or dangerous. Machinery noise and putrid odors are ever present. So are rats, flies, mosquitoes, snakes, buzzards and wild dogs and cats.

The people who call Eufaula Street home do not prosper. Many of them lived there before the city and county chose their area for the large garbage dumps. They pay their taxes, but they never got a hearing from the government.

Five years ago, Jean McDonald, whose business, Jean’s Rest Home, is on Eufaula Street, had had enough. She began her campaign to bring justice to the people of Eufaula Street. Even if the landfills could be moved, the scars would be permanent. McDonald has worked at her own expense to try to get Cumberland County to pay for relocating the residents. When county officials did not listen, she wrote presidents, governors, congressional representatives and senators, Oprah Winfrey, network news anchors and magazines. She led protest marches and was hauled off to jail.

At last, the county has paid to move the people closest to the dump to new homes. McDonald is still working to help the ones left behind. The county bought her property, but she continues to fight for her neighbors who have to stay where they are.

In 1943, Catherine Snipes graduated from high school and moved from her hometown of Maxton to Washington, D.C. For young blacks, the future was not bright in Maxton, so Snipes left to "seek greater opportunities."

For 36 years, Catherine Snipes, who married and became Catherine Vaughan, worked for the federal government. When it was time to retire, she knew what she would do and where she would do it. "I always wanted to do some volunteer work in my retirement, so I decided to give my service in my little hometown that I grew up in," she told a reporter in 1979.

That year she founded the Maxton Youth Development Organization (MYDO). Because Maxton children ranked lowest in the state in competency scores, she wanted to create opportunities to help children develop. MYDO’s after-school and summer programs have helped countless children make it to college and into useful lives.

There also has been an unexpected benefit with a lasting effect on Maxton. MYDO attracted children from all three races - black, Native American and white - that lived, not always harmoniously, in Robeson County. MYDO also had people of all three races on its board and staff. People came together, valuing one another without regard to race.

Fittingly, Catherine Vaughan was able to house her organization in the town’s old train depot, once its main link with the outside world. There she has worked as a volunteer to open the doors of opportunity for all children in her old hometown.