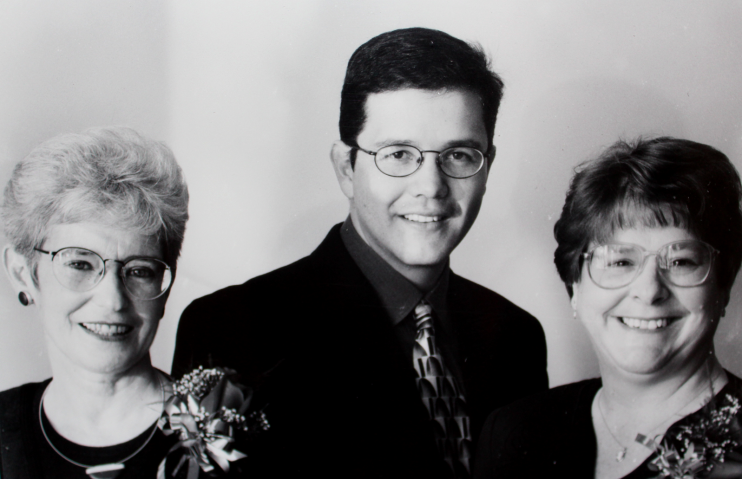 Trudy Maness is a teacher of multi-handicapped children with learning disabilities and life-threatening illnesses. Her classroom at Morehead Montessori School looks unlike any other. Some of her students are immobile in their wheelchairs, harnesses and braces. One is blind. All have serious problems and demand constant monitoring. Even though Trudy Maness has three assistants in her nine-student classroom, she follows each student’s progress closely.

Often, she knows how they are doing even when they are not in class. Maness views her career as personal service in the broadest sense, and she bonds not only with her pupils but also with their families.

Each student has a story. Perhaps the most remarkable is Matt's. Severely autistic, he had all but worn out his parents and brother by the time he was six. From his waking until he collapsed into exhausted sleep at night, he demanded constant attention. He destroyed things and screamed constantly without communicating. Within weeks of entering Maness’ classroom, Matt was a changed child, and today, after six years with her, he is a well-mannered teenager who works at his grade level. He is loving and gentle with classmates. He is a joy to his family.

As central as these children and their families are to Maness, she devotes time to others - the homeless, her church, neighbors.

Trudy Maness believes in angels. She collects angel figures and pictures. People who know her believe in angels also, because to them, she is one.

Ivan Parra has become the leader of Durham’s dramatically expanding Hispanic community. Although he barely spoke English when he arrived from Bogota, Colombia, in 1995, he has become an eloquent spokesman for the community, as an individual and as the director of the El Centro Hispano. He has learned how government works so that he is able to change attitudes and get things done. Proud of his new hometown and his people, Parra strives to build bridges to give Latinos full access to opportunities in the United States. He also helps them preserve their culture and assimilate it into the broader community.

Durham desperately needed him. When Parra took over El Centro in 1995, the city's white and black communities were slow to accept the influx of Latino people. Within his own community, fear made people hesitant to advocate for basic rights. Parra tackled tough issues: language, healthcare, housing, poverty, jobs, domestic violence, crime and a lack of financial services. His leadership during a crime wave in 1997 has had a profound effect on Durham. Serious crimes against Latinos were soaring, in part because they were hesitant or unable to talk to police, and in part because they carried large amounts of cash because they had no banks. Parra improved relations with police and persuaded the force to hire bilingual officers. He helped establish a Latino credit union.

Parra challenges people to unite for their rights while being responsible new members of the Durham community.

For Fay Coker Walker, racial reconciliation - overcoming racism - is so important that she took early retirement to devote her life to it. From sun-up to late at night, she leads workshops, attends meetings, starts organizations, writes proposals, campaigns for candidates and gives luncheons and dinners. Walker constantly challenges individuals and institutions to improve race relations. And they do.

Throughout Brevard, in mountainous Transylvania County, Walker has made a difference. People of different races know, help and are friends with one another. Barriers are broken within institutions, but perhaps more importantly, they are broken in social settings.

Walker grew up in the 1940s and '50s in segregated Georgia, wondering why the world was divided by color, and why people of color so often were poor and oppressed. Later, she realized that racism was institutionalized and that "white privilege" was its foundation. She has worked to make people aware of that fact, and to change it. Part of her work is in religion, raising the awareness of fellow Episcopalians. She has worked with many other organizations and projects focusing on bridging the gap between different races and on helping children.

Just as impressive and effective, however, is her work with individuals. Her dining room table has become a forum for countless people from diverse backgrounds to get to know one another.

Fay Walker's commitment to racial justice is as focused as one person and as broad as a whole community.