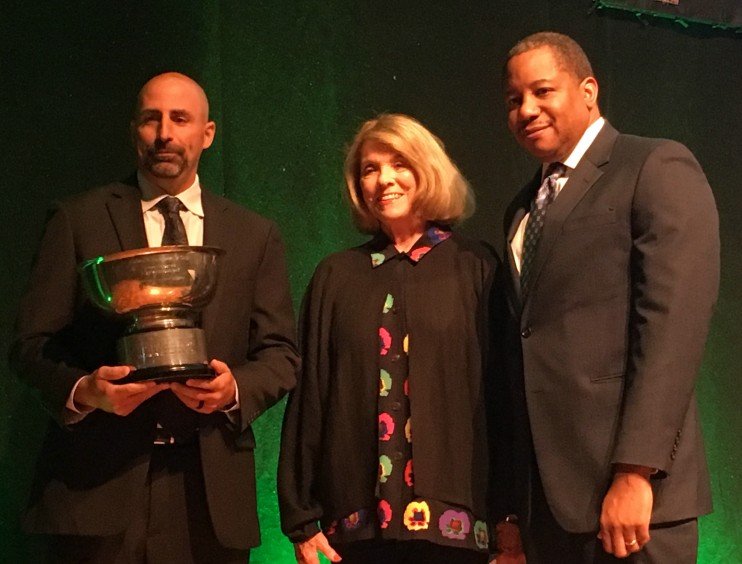 On Wednesday, August 30 at the Greensboro Chamber of Commerce's 2017 State of Our Community annual luncheon, ZSR’s Executive Director Maurice “Mo” Green presented the 12th annual Hubert B. Humphrey, Jr. School Improvement Award to the most improved high school in Guilford County during the 2016-2017 school year. This year’s award was given to Lance Sockwell, principal at Eastern Guilford High School. Winners receive a $10,000 check to be used to strengthen and develop the entire staff of the school. Schools also have their name inscribed on the Hugh Humphrey Cup.

The award is named in honor and in memory of the life and contributions of Hubert B. Humphrey, Jr., who served as a Trustee of the Z. Smith Reynolds Foundation for more than 20 years and also served as the Foundation’s legal counsel during that time. Mr. Humphrey was also named one of the Best Lawyers in America; served in both the NC House and Senate; and was a member and chair of both the Board of Trustees at Wake Forest University and UNC Greensboro.