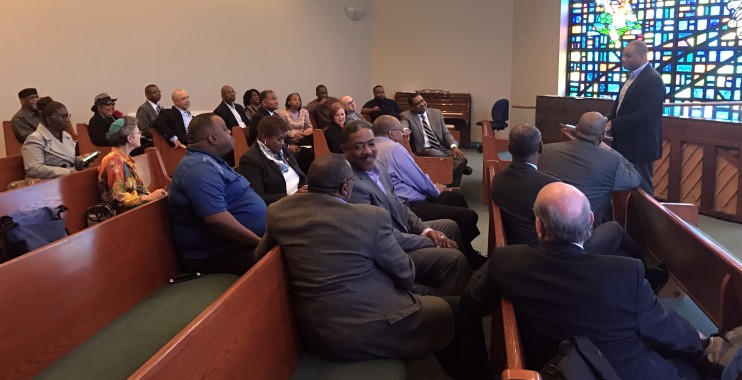 At the end of February, ZSR Trustees and staff visited Charlotte as part of the Foundation’s statewide, Mo Wants To Know, listening and learning tour. We met with a host of individuals and organizations that provided us with a variety of perspectives around housing, business, local government, the criminal justice system, and public education.

Growth is a driving force in Charlotte, which is leading to great opportunity, but also a set of unintended consequences. We met with several groups, including Renaissance West Community Initiative and the Charlotte-Mecklenburg Housing Partnership, both of which are working to increase the availability of affordable housing across the area. Foundation Trustee, Dan Clodfelter, also led our group on a tour of the Old Cherry neighborhood – a historically African-American neighborhood on the edge of downtown – to get a firsthand understanding of gentrification and the type of growth the city is experiencing. Charlotte is a dynamic and innovative community with great civic pride; yet struggles to address community transformation due to gentrification and a lack of affordable housing.

We learned that the axiom, “The Great State of Charlotte” is much more nuanced than it appears. Through conversations with a group of younger, grassroots leaders involved in a variety of civic engagement issues in the City ranging from police accountability to immigration, some individuals said that they had no vested identity as a Charlottean, let alone a North Carolinian, and only lived in Charlotte to access the airport and reap the benefits of the low cost of living when compared with New York or San Francisco. Meanwhile, several leaders, including representatives from the Charlotte Chamber of Commerce discussed how to approach economic development to better connect the corporate assets of Charlotte with the manufacturing and agricultural industries in surrounding counties and the state more broadly.

Finally, race played a prominent role in many of our discussions in Charlotte. The civil disobedience and protests that occurred after the shooting of Keith Lamont Scott heightened the community’s interest in more proactively addressing systemic racism in Charlotte. We met with the Council for Children’s Rights, representatives from the Charlotte Economic Opportunity Task Force and members of the Race Matters for Juvenile Justice collaborative to discuss the intersection of race, criminal justice involvement, and economic opportunity. We also met with clergy from predominately African-American churches to understand how the faith community is engaged in the fabric of the community and the opportunities and challenges Charlotte is facing. Whether through the Charlotte-Mecklenburg School’s student assignment plan, the recommendations from the Economic Opportunity Task Force, or efforts to build stronger grassroots organizing infrastructure, there appears to be a ripe opportunity to consider how race and racial equity do and can play a role in the community’s institutions and systems.

Despite Charlotte’s unique set of circumstances and independent nature, the people we spoke with shared many of the same issues and themes that we heard in other communities. These include growing concern over the urban, suburban, and rural divide; acknowledgement that structural racism still exists; and the desire for stronger connections among individuals and institutions in communities. Charlotte, like much of North Carolina, has a diversity of different ideas, approaches, and analyses on how to affect positive change moving forward. As the Foundation concludes its listening and learning tour, the lessons we gleaned from Charlotte and other listening and learning visits will help inform ZSR’s new strategic direction. 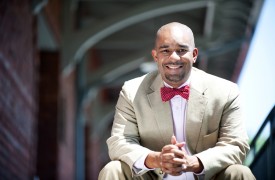