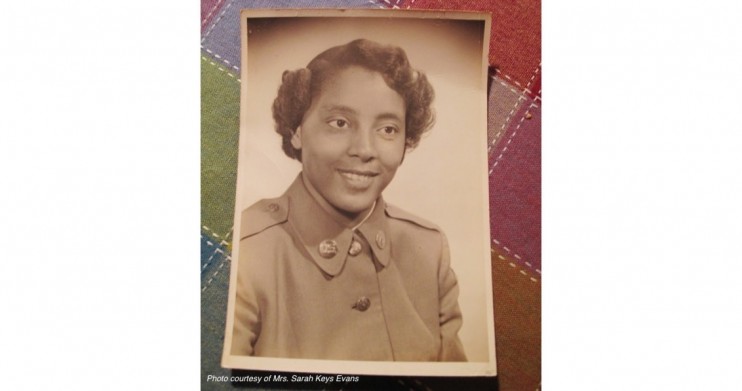 Eastern Carolina Christian College & Seminary (ECCCS), along with artist Napolean Hill and additional community partners, are honoring, through public art, the story of Mrs. Sarah Keys Evans, a young African American woman who on August 2, 1952 was arrested for refusing to move to the back of an interstate bus for a white marine in Roanoke Rapids, North Carolina. ECCCS has unveiled eight chronological mural panels and two bronze plaques mounted on two semi-circular brick walls – a plaza themed “Closing the Circle” – that is located in Dr. Martin Luther King Jr. Park, an active community space in Roanoke Rapids. This project is funded by a Z. Smith Reynolds Foundation Inclusive Public Art grant.

Due to COVID-19 restrictions, the team at ECCCS held a small unveiling/ribbon-cutting ceremony on August 1, 2020 at 9:00 a.m., which is one day before the 68th anniversary of Mrs. Keys Evans’ arrest. The ceremony included members of the project team, state, county, and local officials. The group hopes to hold a larger dedication event at a later date.

Mrs. Keys Evans, who currently resides in Brooklyn, New York, was arrested in 1952 at the bus terminal on Roanoke Avenue in Roanoke Rapids, North Carolina, while she was traveling dressed in her official Women’s Army Corps uniform, from New Jersey to her hometown of Washington, North Carolina. On September 1, 1953, Mrs. Keys Evans became the first African American petitioner to bring a complaint before the US Interstate Commerce Commission (ICC) on a Jim Crow bus matter, two months before Thurgood Marshall made the second round of oral arguments in the landmark Brown v. Board of Education case. The resulting breakthrough civil rights case, Keys v. Carolina Coach Company (1955) was the first occurrence in which the ICC broke with its history of adherence to the Plessy v. Ferguson “separate but equal” doctrine. This ruling was publicly announced six days before Rosa Parks’ historic defiance of Jim Crow laws on a Montgomery, Alabama, bus and the start of the Montgomery Bus Boycotts of 1955. While the story of Mrs. Keys Evans has generally been eclipsed by the events in Montgomery, her activism was a necessary step and key success in ultimately dismantling Jim Crow transportation laws in the South in 1961.

“I feel that the project is long overdue and well deserved,” said Napolean Hill, a local artist from Enfield, North Carolina, who developed the artwork for this project. “This history deserves the recognition it is getting now, and I wish her much luck.”

“The Z. Smith Reynolds Foundation is proud to support this incredible story of Mrs. Keys Evans, a North Carolina heroine who paved the way for civil rights,” said Joy Vermillion Heinsohn, ZSR assistant director and lead staff for the Foundation’s Inclusive Public Art initiative. “We have been eagerly awaiting the unveiling of this exciting artwork so that people across our state and country can learn more about this important story that has not received the recognition it deserves.”

In May 2019, the Z. Smith Reynolds Foundation awarded Inclusive Public Art grants, totaling $450,000, to ten communities across North Carolina. The Foundation’s investment in Inclusive Public Art is intended to help share stories of diversity, equality, inclusion and equity as they relate to the people and places of North Carolina, especially those whose stories are often untold. ZSR’s hope is that this effort will catalyze community conversations that can result in a shared, and fuller, understanding of our common history – and common bonds – as North Carolinians. This initiative aims to include historically marginalized people in the decision-making processes about art in public places and is intended to spark healthy dialogue among members of the community. The community engagement aspect of these grants is just as important as the art installations themselves.

ZSR has launched a microsite to share information about all ten Inclusive Public Art sites, which are located across the state. ZSR also has partnered with UNC-TV Public Media North Carolina to capture and document the experiences and conversations of all ten grantee communities as they undergo the process of telling these important stories through public art.