Jacksonville and Onslow County, NC Recognizing the influence of a strong military presence 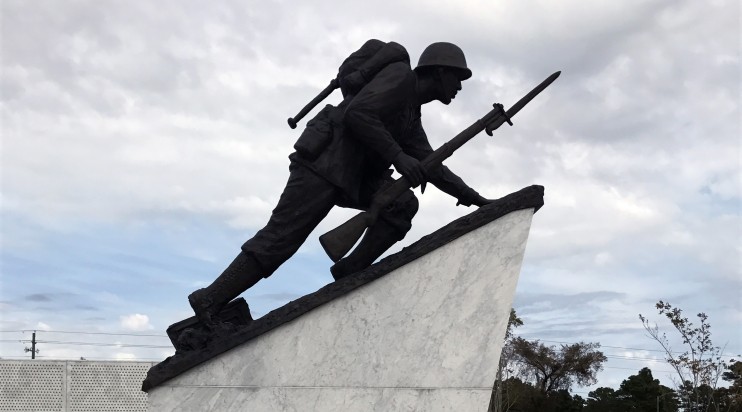 Two dates – December 15, 1940 and October 23, 1983. When planning the Foundation’s recent Mo Wants to Know listening and learning tour trip to Onslow County, several people told me that you can’t understand the community and culture of Onslow County without first understanding these two dates. The first, December 15, 1940 was when a decision was made to build Camp Lejeune, one of the largest marine bases in the country and a critical training ground for amphibious operations, as Onslow County is on North Carolina’s coast. That decision led Jacksonville, then a relatively sleepy, agrarian 800-person town, to grow exponentially over the next several years as the base was constructed. Camp Lejeune is now home to approximately 47,000 Marines and Sailors and Onslow County boasts just under 200,000 residents.

The second date, October 23, 1983 was the date when 220 Marines, 18 Sailors and three soldiers were killed in a bombing in Beirut, Lebanon. Many others who were injured that day later died. For Jacksonville and Onslow County, those whose lives were lost were neighbors, Sunday School teachers and friends. That date forever changed the lives of the people of Onslow County and also led to a strengthening of ties between the base and local community.

It is impossible to spend any amount of time in Onslow County without feeling the critical interdependency between Camp Lejeune and rural eastern North Carolina. Without this military base, Jacksonville likely would not be the state’s 14th most populous city and serve as an economic engine in the region. Without vast, rural surroundings, the U.S. military would lack vital land, water and airspace for its – often loud – training activities. The military is one of the largest economic drivers in the state, and ensuring a mutually compatible growth and economic development plan in the region is an ongoing and significant conversation for Onslow County, Eastern North Carolina and the state as a whole.

Because of its military presence, Onslow is a bit of an outlier relative to other Eastern North Carolina counties. The average age is considerably younger than the state average, and its population is projected to grow for the foreseeable future. While its aging population is also expected to increase, the number of residents age 65 and older is projected to be considerably smaller than most other counties in the state.

Onslow County has the highest birth rate in the state, which has numerous implications for healthcare, early childhood education and the public school system. One of the more distressing matters facing the County is that it has the second highest teen pregnancy rate in the state, and while there seem to be programs that help teen mothers from becoming pregnant again, prevention of first pregnancies remains a critical concern. When combined with a large transient population due to the base, ensuring easy access to a strong continuum of services is vital. Forty percent of students in the Onslow County School system – there is also a separate school system on the base – are connected to the military, which means there is a unique set of educational issues facing teachers, parents and students.

Finally, since Onslow is a coastal county, and also home to the New River – the one in the east, not the west – our visit helped us better understand some of the pressing environmental concerns in the region, including the inevitable tensions that growth and development along shorelines brings. One of Onslow County’s successes in recent years was the restoration of Wilson Bay, which had for years been the point of discharge for treated wastewater from the City of Jacksonville. The City invested in a restoration program, and today Wilson Bay has new life.

Onslow County may be an outlier in many ways among North Carolina counties, but its unique characteristics are important to understanding military and coastal communities in our state.

And if you ever have a chance to visit the Beirut Memorial, I recommend taking the time to stop. It is a powerful witness. Adjacent is a memorial to the Montford Point Marines, who were the first African American Marines prior to integration of the military. Camp Lejeune was home to the Montford Point Marines, and the memorial is a touching tribute, as are the Vietnam and 9/11 memorials on the grounds. 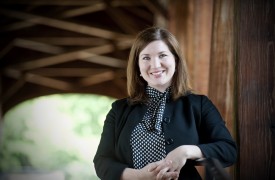