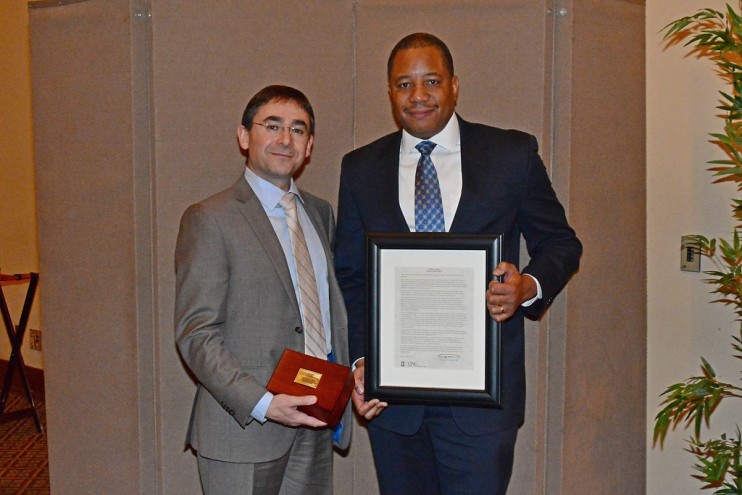 On November 11, 2017, during its 16th annual Distinguished Alumni Awards Dinner, the University of North Carolina School of Education presented Maurice “Mo” Green with a Peabody Award.

The Peabody Award is the School’s highest honor. It recognizes an outstanding individual who has made an extraordinary impact on the field of education. Award recipients are selected for demonstrating a commitment to local education issues of the state of North Carolina and/or national issues and problems confronting education.

Read more from the UNC School of Education.