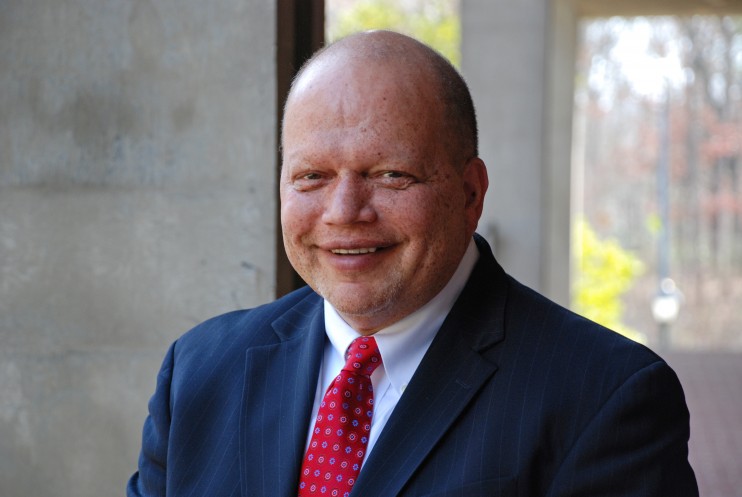 Shaw previously served as director-counsel of the NAACP Legal Defense Fund (LDF), the legal arm of the civil rights movement founded by Thurgood Marshall, who later became an associate justice of the Supreme Court. Julius Chambers was LDF’s third director; Shaw was the fifth, serving from 2004 to 2008. Shaw joined the LDF in 1982 to litigate school desegregation, voting and other civil rights cases. He began his career as a trial attorney in the U.S. Department of Justice Civil Rights Division.

Shaw is a graduate of Wesleyan University and Columbia Law School.

The Z. Smith Reynolds Foundation asked Mr. Shaw a few questions to learn more about his background and the work he hopes to accomplish during his tenure with the Center for Civil Rights.

1. Mr. Shaw, please describe for us what you see as the mission, and most important work, of the Center for Civil Rights.

The Center for Civil Rights at the University of North Carolina Law School at Chapel Hill is dedicated to the mission of advancing and protecting civil rights, especially in North Carolina and within the region. Its inspiration draws on the life and work of Julius L. Chambers, a UNC Law alumnus whose work changed his state, the South, and the nation for the better. The Center carries out its mission through its work with and on behalf of vulnerable communities, public education, advocacy, and litigation.

Among its most important work is the pursuit of racially and economically integrated quality education. Presently, the Center is defending an important victory on appeal to the U.S. Court of Appeals for the Fourth Circuit in Everett v. Pitt County Bd. of Educ. The case involves continuing efforts to preserve and enforce the meaning of Brown v. Bd. of Educ., which, as a nation, we honor largely in principle and rarely in practice. Other education litigation is in the pipeline.

The Center has developed a wonderful project, called “The State of Exclusion,” which maps residential, educational and economic segregation, political empowerment, and municipal services. Through these maps one can see the overlapping effects of past and continuing discrimination. The Center believes that knowledge is power, and facts inform advocacy. It works with community based groups to fight against inadequate and segregated housing, and concentration and disposal of toxic waste in poor communities of color.

Working with other civil rights groups, locally, regionally, and nationally, the Center continues its voter protection efforts to ensure that the most sacred of rights is guaranteed. As the November 2014 elections approach, the Center has been training poll watchers and will be at the polls on Election Day to counter any efforts to discourage citizens from exercising this most basic right.

The Center continues its work to ensure representation of women, most of whom are black, to pursue compensation for forced sterilization by the state of North Carolina, which continued into the 1970’s.

In sum, the Center is a state and regional force that is continuing the battle for racial and economic justice.

2. How will your values and experiences inform your leadership in this position?

My life experiences are those of someone who grew up in poverty during the civil rights era. That context shaped my life and informed its meaning. My entire career as a lawyer leads me to this work. I believe deeply in the continuing struggle for racial justice. I believe that this struggle is not over because contemporary inequality is rooted in the American slavery-to-segregation continuum, which remains a powerful force with intergenerational reach that informs some of our nation’s deepest challenges even today. Moreover, with changing demographics, while the black/white divide retains special significance, the issues of race and ethnicity apply with similar, if not equal force to the condition of Latinos, Native Americans, some Asians, and other minority group members. I believe in working in coalition with others who struggle against injustice of all kinds. I believe that each generation must wrestle with these issues, and even though we are getting better as a nation, we can never rest.

I have worked as a lawyer at the Justice Department and at the NAACP Legal Defense Fund for almost three decades, and I have worked with human rights lawyers around the world. I have taught at a number of law schools at which I have continued to work on civil and human rights issues from within the academy. I have served on boards of various public interest organizations, especially those committed to issues of racial justice. I have well established relationships with activists, lawyers, judges and elected representatives in local state, and national office around the country.

3. What have been some of your proudest accomplishments throughout your career?

I am proud of having served as Director-Counsel and President of the NAACP Legal Defense Fund, Inc. I am even more proud of the work I did as a lawyer there over the course of twenty-six years. I played a key role in the Michigan affirmative action cases and have been involved with many of the most important cases involving educational opportunity at all levels. My work has spanned the field of civil rights litigation, including education, housing, voting, capital punishment, criminal justice, and other cases. I am also proud of the work I have been involved with in South Africa, Brazil, and on behalf of the Roma in Eastern Europe.

4. What would you like the Center for Civil Rights to achieve during your tenure?

I want to put the Center for Civil Rights on solid financial and programmatic footing that cements its role as a leading force in advocating for civil and human rights for African American and other people in North Carolina, in the South, and by extension, in the country. The Center has done incredibly valuable work with a small staff and a modest budget. It has been limited by its fledgling status and by the fact that it did not have a permanent director. Now that it has one, I want to further strengthen its staff. I want the Center to play a major role in training some of the next generation’s civil rights lawyers. I want to further establish and cement the viability the Center as it advocates inside and outside of the Courts. I want the Center, working with activists and other civil rights organizations, to carry some of the burden in turning around the forces of regression that threaten the rights and well-being of North Carolinians, and their ability to participate in our democracy. In short, I want to lead the Center as it makes our communities and our state better.

5. What are some of the challenges you foresee in achieving these goals and how can the Center overcome those challenges?

The challenges are many. There are competing demands on limited funding sources. There is a belief (notwithstanding Ferguson, Trayvon Martin, and other reminders) that the battles of the civil rights era are over and that we have achieved color-blindness and an optimal state of racial relationships. Race has always been a subject that draws denial and the urge to declare victory and move on. There is a powerful weariness about the subject, which seems intractable. The issues are sometimes more subtle and difficult for many to understand. And there is the election of President Obama, upon which many people seize as proof of post-racial America’s arrival. There is also the challenge of finding new solutions and approaches for old problems, as well as the challenge of understanding contemporary manifestations of racial and economic inequality. Moreover, changing demographics within and outside of the African American community make old modes of analysis and organizing outdated. Those within the civil rights community cannot be wedded to old tactics and analyses. Those with the power and ability to fund and otherwise support the work that must be done must stay with the task. That is a huge challenge.

6. What is your hope for the future of civil rights in North Carolina?

Above all else, my hope for civil rights in North Carolina is that all of its people will embrace the work of civil rights and that they will own it individually and collectively, not as something that belongs to any one group of people, but as ongoing and continuing work that we all must do. My hope is that we do not see the work of civil rights as the work of one or two generations, but as the work of every generation. My hope is that even those who are tempted to think that political or partisan agendas that are exclusionary in their effects, even if not in their intent, will awaken to the fact that all of us, regardless of political alignment, race, wealth, ideology, or any other characteristic or belief, have a profound interest in opportunity, fair treatment, and democratic processes. My hope is that the business community will see quality education and equal opportunity as necessary to their interests in a rapidly changing world. But if my hope is naïve, and if there are still many who have not abandoned old ways of thinking and doing, I hope that those whose agendas and vision are regressive with respect to opportunity and democratic participation can be countered by organizing, public education, litigation, and any other nonviolent tool and methodology available.