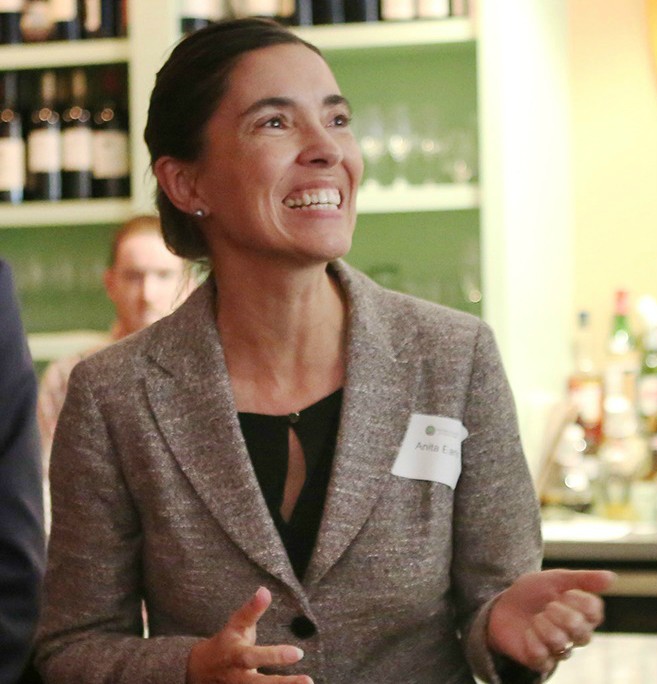 The Southern Coalition for Social Justice (SCSJ) was founded in August 2007 in Durham, NC and is committed to representing economically disadvantaged communities of color who otherwise would not have legal representation and to having concrete impact that moves toward eliminating structural inequality. As lawyers for progressive social change movements, SCSJ promotes justice by empowering communities of color and economically disadvantaged communities to defend and advance their political, social, and economic rights. SCSJ views local social justice struggles from a human rights perspective, and believes it takes a holistic, collective, and interdisciplinary approach to address issues at their core, bring sustained structural change, and alter power relations. They represent individuals and organizations in court, advocate for progressive policies, and organize to end mass incarceration.  SCSJ uses the combined skills of lawyers, social scientists, community organizers, and communications experts to help underrepresented people develop strategies to achieve their visions for themselves and their communities. Its three main program areas are voting rights, criminal justice reform, and youth justice.

SCSJ is celebrating its 10-year anniversary in October. The Z. Smith Reynolds Foundation asked SCSJ’s executive director, Anita Earls, a few questions to learn more about what SCSJ has accomplished over the past decade and its hopes for the future of the organization and for North Carolina.

Please describe for us what you see as the mission, and most important work, of the Southern Coalition for Social Justice.

The Southern Coalition for Social Justice partners with communities of color and economically disadvantaged communities in the south to defend and advance their rights through the combination of legal advocacy, research, organizing, and communications. We have a bottom-up community lawyering approach and we apply a racial equity lens to all of our work.

Our community partnerships allow us to practice community lawyering in a thoughtful way that complements the needs, concerns, and ambitions of the people we serve. We strive to not only help communities get justice but to also build power within those communities.

We work to ensure that communities do not have their voting power diluted by unconstitutional voter suppression laws and tactics or racial or partisan gerrymandering. We also strive to interrupt the school-to-prison pipeline, reduce the collateral consequences faced by people who have a criminal record, and ultimately to end mass incarceration.

What have been some of SCSJ’s proudest accomplishments?

In recent years, we have successfully challenged a number of unconstitutional voter suppression and gerrymandering efforts throughout the South. In North Carolina, we challenged the state’s monster voter suppression law, which would have reduced early voting hours, eliminated same-day registration during early voting, and imposed strict DMV-issued photo identification requirements to vote. Thanks to our efforts, the U.S. Fourth Circuit Court of Appeals recognized that the law targeted African-American voters “with almost surgical precision.” Now that the U.S. Supreme Court declined to hear the case, the Fourth Circuit’s opinion is final. Our voting rights team has also successfully challenged unconstitutional racial gerrymanders at the U.S. Congressional, state legislative, county, city, and school board levels.  Because of our work, voters ultimately will have election systems that more fairly reflect the views of the entire electorate instead of only a privileged few.

Our Youth Justice Project (YJP) played a pivotal role in the statewide Raise the Age Coalition. That effort ended with the NC General Assembly raising the age of juvenile jurisdiction and stopping the practice of automatically prosecuting 16- and 17-year-olds as adults for most offenses. YJP has also helped local court systems in several counties create and implement Misdemeanor Diversion Programs, which provide youth with developmentally appropriate services and enable them to avoid the lifelong consequences of an arrest record and/or criminal conviction.

Through our Umar Salute Muhammad Clean Slate Program, we have determined eligibility for criminal record expungements for more than 4,000 people across North Carolina. At each Clean Slate Clinic, we partner with community organizers to provide interactive empowerment workshops designed to develop new leadership and institutions that will continue to exert power at a local level and mobilize local change campaigns. In other words, in exchange for the provision of free legal services designed to facilitate successful reentry, we ask clinic participants to “pay it forward” by engaging more fully within their communities to address the collective challenges they face, such as barriers to employment, educational opportunities, and housing.

Our Open Data Policing website, which draws on public records to publish up-to-date stop, search, and use-of-force data – broken down by race and ethnicity – for North Carolina, Maryland, and Illinois, has significant practical applications for civil rights and criminal defense attorneys, law enforcement managers, and city officials with oversight of the police, among others. The site has helped a number of community partners advocate for better police practices and policy changes. Specifically, Durham, Fayetteville, Chapel Hill, and Greensboro have changed policies as a direct result of the data aggregated by that website.

What are some opportunities for SCSJ?

We look forward to partnering with other advocates and community groups across North Carolina and the South to make sure historically disadvantaged communities are properly counted in the 2020 Census. An accurate census count will ensure that communities get the representation and resources to which they are entitled. We also are pursuing a monumental partisan gerrymandering case that will help establish a standard to protect communities from extreme partisanship in the redistricting process.

We see opportunities in growing bipartisan support for commonsense criminal justice reforms, including giving people who have been justice-involved fair chances to access employment, education, housing, and other opportunities.  There’s also growing constructive dialogue about addressing discipline disparities in schools for students of color.

We also see opportunities in the recent national dialogue about white supremacy to find solutions to long standing racial injustices across the country, but particularly in North Carolina and the South. Recent events in Charlottesville and elsewhere have prompted an intense dialogue that ultimately could lead to some type of restorative justice efforts, such as the Truth and Reconciliation Commission that was established in South Africa after the abolition of apartheid. While the TRC was an imperfect process, it was at least an effort to openly confront the country’s legacy of racism and human rights abuses.

What are your hopes for SCSJ over the next ten years?

I would like to see us expand the scope of our work to include offices in several southern states and to partner with many more grassroots organizations.  We can be the hub for progressive activist networks that will harness the growing cross-racial alliances for positive change in southern communities. In 10 years, the current battles we face over voter suppression and the use of racist hate symbols will seem like the dark ages right before the dawn of new institutions and social structures that recognize and promote everyone’s humanity. We want to help advance policies like automatic voter registration and campaign finance reform that increase voter access. We also hope to grow and spread our community lawyering model throughout the South, including expansion of our Umar Salute Muhammad Clean Slate Clinics.

What is your hope for the future of North Carolina, as it pertains to your work?

We hope that voters in North Carolina will achieve representation in the state legislature and in Congress that is fair and that reflects the views of all of our citizens. We want to see an accurate census that allows all communities to be recognized and counted and that provides opportunities to direct public and private resources appropriately. We want racial and partisan gerrymandering to become relics of the past and we strive to see North Carolinians, and indeed all Americans, free to vote without unnecessary restrictions or barriers. We hope that students of color will experience equity and high quality educational opportunities in their schools and be free from discrimination by police and the criminal justice system once they are adults. We want to see many fewer men and women of color in prison, an end to second-class citizenship status for people with criminal record histories, and much improved employment opportunities for everyone. We are optimistic that we can help create a fairer and more equitable North Carolina, and we are proud to work to that end every day.