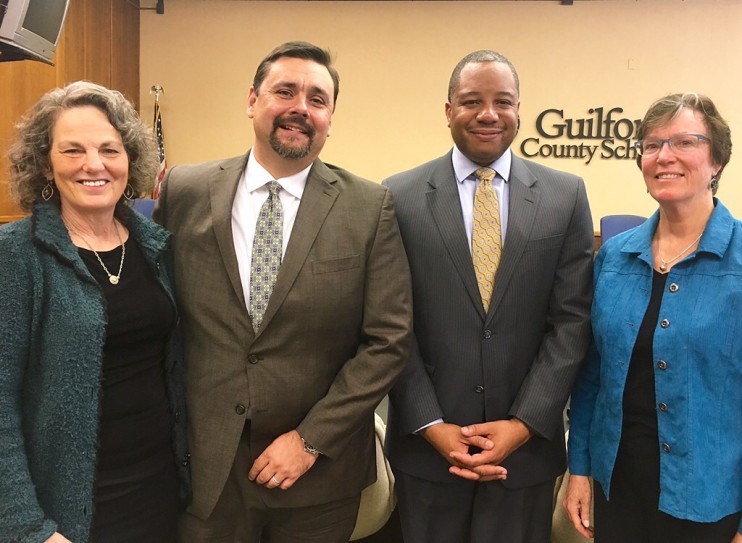 The Z. Smith Reynolds Foundation is pleased to welcome Maurice "Mo" Green as its new executive director. Green's proven contributions and significant accomplishments make him a valuable asset to help shape and carry out a vision for the Foundation and for North Carolina.

Green will come to the Foundation after completing his tenure as Superintendent of Guilford County Schools – the third largest school district in North Carolina – where he oversees more than 72,000 students, 127 schools, approximately 10,000 employees and a budget of more than $600 million. In this position, Green spearheaded the process of completing the district's first-ever strategic plan, and launched a second, both of which have resulted in notable outcomes such as increased graduation rates and other impressive student achievements, both academic and non-academic.

Green's selection is the result of a national search process led by Z. Smith Reynolds Foundation Trustees. "Mo brings with him great knowledge of the depth and breadth of issues affecting our State, as well as significant management experience," said Jock Tate, president of the Z. Smith Reynolds Foundation and member of the search committee. "Based on his exemplary leadership and demonstrated success, we are confident that Mo will provide a fresh perspective and a new approach to the work we do, which will have tremendous gains for the Foundation and the people of North Carolina."

Green will lead the Foundation’s effort to maximize its impact and leverage its assets in light of demographic, economic and technological shifts across the State. He will work alongside private and public sector leaders to assist in generating strategies that will advance the Foundation and the future of North Carolina.

"I am extremely excited about the opportunity to join the Z. Smith Reynolds Foundation because it has such a rich history of supporting entities and initiatives that enrich the lives of all North Carolinians" said Mo Green, superintendent of Guilford County Schools.

Before Guilford County Schools, Green joined Charlotte-Mecklenburg Schools in 2001 as general counsel. In 2006, he was named chief operating officer and later moved into the role of deputy superintendent. Prior to that, Green was a partner with the law firm of Smith Helms Mulliss & Moore LLP in Charlotte.

Green has a bachelor's degree in political science and economics and a law degree, both from Duke University. He has received numerous accolades over the years and continues to serve in prominent leadership roles on a number of boards across the State. Green and his wife, Stephanie, have two children, Brianna and Isaiah.

He succeeds Leslie Winner, who will retire as executive director after eight years of distinguished service to the Foundation and nearly 40 years of service to North Carolina.