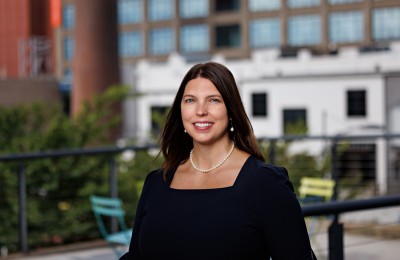 Alexandria Jones comes to the Z. Smith Reynolds Foundation with nearly two decades of experience in social justice-based non-profits with a focus on racial and economic justice and workers’ rights.

Most recently, Alex served as Associate Director of Digital Philanthropy on the University of North Carolina at Greensboro’s Advancement team where she coordinated UNCG’s annual giving day, “Believe in the G” and established the university’s first crowdfunding program.

In her previous role at the Fund for Democratic Communities Foundation (F4DC), Alex worked with grassroots, democratic organizing efforts throughout the Southeast to build an economy based on cooperation, social and racial justice. She worked on the team that successfully brought the democratic, Participatory Budgeting (PB) process to the city of Greensboro where residents help determine how public funds are spent by proposing ideas, developing them into projects, and voting on which to fund.

Prior to joining F4DC, Alex led the state-wide office for the National Farm Worker Ministry, educating and mobilizing support for farm worker-led campaigns for self-determination. Her introduction to North Carolina in 2012 came by way of rural towns and gravel roads while visiting migrant workers at labor camps during the agricultural season.

Alex has served on the Board of Directors of NC Justice for our Neighbors, Women’s Birth and Wellness Center and Deep Roots Cooperative.

A native of rural, Southern Illinois, Alexandria graduated from Southern Illinois University at Edwardsville where she earned a Bachelor of Science in Sociology and Business. She has two spirited young daughters and lives in Greensboro.