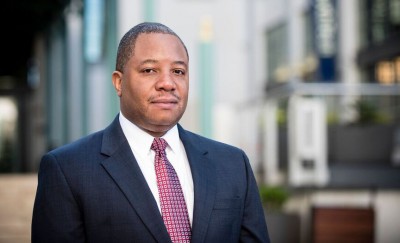 Maurice “Mo” Green is the executive director of the Z. Smith Reynolds Foundation – a private, family foundation that has been a catalyst for positive change in North Carolina for 80 years and invested $627 million into the state. Mo works alongside Trustees and staff to spearhead the Foundation’s efforts to improve the quality of life for all North Carolinians. He also works with leaders in various sectors to respond to challenges and opportunities, and generate strategies that will advance the future of North Carolina. Soon after joining ZSR in March 2016, Mo, Trustees and staff embarked on a yearlong strategic assessment and planning process to evaluate and examine the Foundation’s approach to grantmaking and broader work. As part of this process, the Foundation launched a statewide listening and learning tour called “Mo Wants To Know,” where Mo, Trustees, staff and ZSR’s Community Leadership Council traveled across the state hearing directly from state leaders, local leaders and community members about trends and challenges, as well as opportunities, successes and ideas for making North Carolina a better place. Under Mo’s and the Trustees’ leadership and guidance, the yearlong process resulted in an emerging direction for the Foundation, a set of core values and All For NC, the Foundation’s Framework for Grantmaking and Learning. Prior to coming to ZSR, Mo completed more than seven years as superintendent of Guilford County Schools – the third largest school district in North Carolina. In that position, Mo led the process of completing the district's first-ever strategic plan, and launched a second, both of which have resulted in notable outcomes such as increased graduation rates and other impressive student achievements, both academic and non-academic. Before Guilford County Schools, Mo joined Charlotte-Mecklenburg Schools in 2001 as general counsel. In 2006, he was named chief operating officer and later moved into the role of deputy superintendent. Mo began his career as a lawyer in private practice after doing two United States judicial clerkships. He has a bachelor’s degree in political science and economics and a law degree, both from Duke University. He has received numerous accolades over the years and has served in prominent leadership roles on a number of boards across the state. Mo is a longtime resident of North Carolina. He is married and has two children.