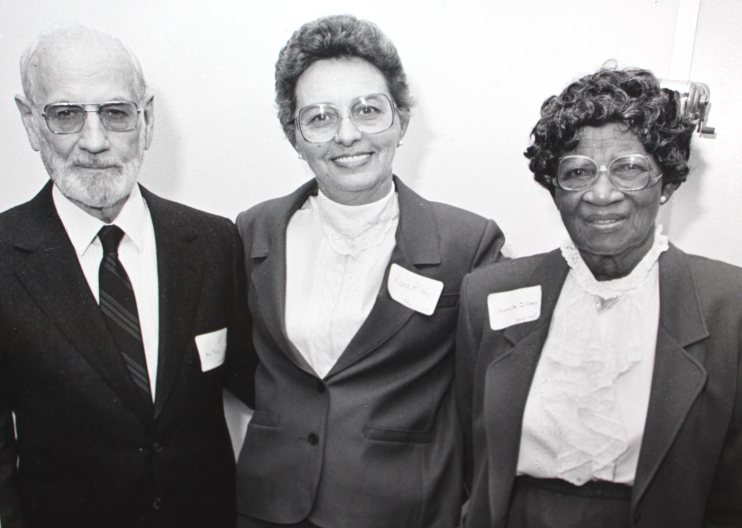 The Reverend Ronald Rice has been the advocate for the poor and powerless in Winston-Salem for 30 years, but his ministry has encompassed the broader community, as he challenged and inspired churches of many denominations to "minister with," rather than "minister to." His ability to relate to people across religious, social and cultural lines, his credibility among the distrusting and the skeptical, his patience, and his Christian example have helped translate the Gospel from words into action. He got people to do things that involved tremendous risk, because he set the example.

On the surface quiet and unassuming, Ron Rice has had enormous power and influence. That is best exemplified by Crisis Control Ministry, which he founded on the belief that the poor should be treated with dignity and as people of worth.

Winston-Salem is different today because of Ron Rice, and so are other communities where his special ministry has been emulated.

Faced with the probability that a high density resort would be built on Permuda Island in the middle of the delicate Stump Sound in Onslow County, Lena Ritter did what she felt she had to do - stand up and fight. She says she had no choice. On the line were her heritage and her livelihood. The development would pollute the sound and ruin the oyster and clam beds that Stump Sounders had harvested for many generations. Mrs. Ritter was the catalyst of an unlikely coalition - Stump Sounders are an independent people - that, against all odds, blocked the Permuda Island development.

The effects of Mrs. Ritter's advocacy continue. Her community is organized and on guard against future plans for development. Moreover, it is better informed about the political process and aware of environmental concerns. Mrs. Ritter's advocacy on behalf of a group that had no voice is having an effect on attitudes toward development up and down the coast, and her unflagging commitment is an example for others that one person can make a difference.

Henrietta Highsmith Williams has spent her long life doing good deeds for other people. She believes that is the reason God put her on Earth – to help others in need. "I was born to mission work, and I've been doing it since I was a child," she said. For Mrs. Williams "mission work" has meant feeding the hungry, clothing the poor, visiting and caring for the sick, counseling the troubled, taking in the homeless, and encouraging children to stay in school.

She also made an impact on organizations. She founded the Better Women's Club in 1930 and began raising money for the Community center which was built in 1935, established a kindergarten for black children in 1936, helped organize a Head Start Program, fed countless children breakfast, began a lunch program for the elderly,began active youth groups at church, and in 1968, founded a Senior Citizens program and shortly thereafter led the fund drive to build a center. At 89, Mrs. Williams keeps an active pace, doing her "mission work" throughout Mount Olive.