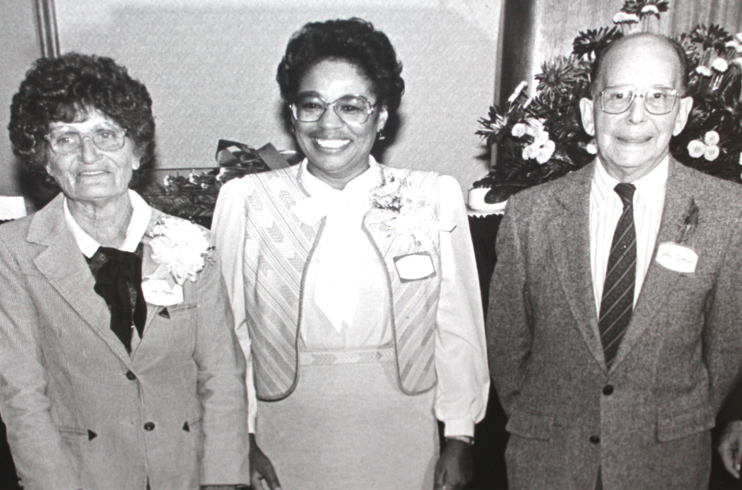 John Godwin is retired, but he works full time as an advocate for equality for all people and harmony in tri-racial Robeson County, a place where equality and harmony cannot be taken for granted. A Lumbee Indian, Godwin channels much of his energy toward causes that affect his people, but he realizes that to be successful, he must also work with and for the large white and black minorities in Robeson.

After an Indian was fatally shot by a deputy sheriff last November, Godwin was the leader in forming Concerned Citizens for Better Government in Robeson County. He is chairman of this active and influential group. He is also vice chairman of the center for Community Action, formerly the Robeson County Clergy and Laity Concerned. Under his leadership, these two groups have been the main forces in examining alleged abuses and inequalities in law enforcement, the courts and among elected officials in Robeson and Scotland counties.

A courageous and outspoken champion of human rights, he organized a large march on the Courthouse in Lumberton last Easter Monday to draw attention to alleged injustices. He frequently speaks at meetings and writes reasoned, persuasive letters to editors.

Godwin also works to promote education and fair employment for all people.

Edna Harris has been a good farmer all her life, and because she sees her way of life threatened, she also is a strong farm activist. When she's not busy with farm chores, she spends virtually all her time on United Farmers Organization activities. The schedule keeps her on the go daily from 5 a.m. until midnight.

Harris has helped hundreds of farmers in an eleven-county area of the western Piedmont hold on to their land; develop confidence to work for improved farm economic conditions; and protect themselves, their neighbors, and their families during a time of severe crisis. As chairman of her local UFO chapter and a member of the UFO two-state board, she has been a model of responsible community leadership and service.

In addition to her work with the UFO, Harris has operated a farm crisis hotline from her home, organized a massive hay lift, and even worked with Willie Nelson's "Farm Aid" drought fund program.

Harris is an eloquent spokesman for the family farm and a convincing advocate. She has educated public officials at the local, state and national levels about the problems of the family farm. Most of all, she has been a symbol of self-sufficiency and hope.

When Addie Luther moved to Asheboro 30 years ago as a young bride, she found a small black community - 7 or 8 percent - that seemed resigned to second-class citizenship. She tried to get her husband, Leo Luther, to leave.

Luther has been a guiding force in the founding and nurturing of numerous organizations that help people in need, from the very young to the elderly.

For black people, senior citizens, the poor, children, mothers and the ill, she has been a relentless advocate. For the community as a whole, she has been a model of effective
leadership.