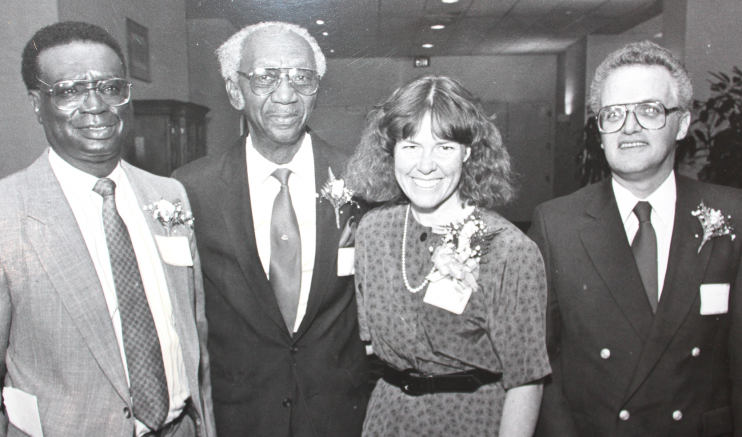 Karen Lovejoy has made a difference in the lives of nearly all 700 of her fellow inhabitants of Ocracoke Island. When she arrived there 10 years ago, it was for a job: special education teacher at the Ocracoke Island School. Most would have scoffed at the daunting task of teaching each of the school’s exceptional children, from kindergarten to 12th grade, but Lovejoy has taken up the challenge with energy and devotion.

Whether it be learning Braille so she could help a blind student, or teaching sign language to a deaf student and his family, Lovejoy has gone well beyond her job description. Students treasure her willingness to listen and her knack for imparting self-confidence.

Outside school, Lovejoy's dedication to others does not end. She visits senior citizens and takes a genuine interest in their lives. She and her husband, David Frum, founded a running club that takes young people to meets all over the state. She organized a foreign-exchange program that has exposed students to experiences far beyond their small, isolated island.

Then there are the tales about her uniquely personal service to her neighbors, whatever their needs. "In all of her tasks," says one admirer, "she makes true the word 'trust.' She energizes the word 'enable,' and she makes vital and caring and promising the words of her own name - 'love' and 'joy.'"

In Durham, what was once a pocket of decrepit houses and muddy streets is now the robust Crest Street community, a model of resident-owned houses, paved streets, tended lawns and a park. The transformation was started by two men, Willie I. "Tap" Patterson and Dr. Lowery W. Reid, who refused to give in to government plans to demolish a shabby but safe, tight-knit community in order to build an expressway.

From the mid-1970s, the state transportation department and the city of Durham had mapped the proposed East-West Expressway directly through the Crest Street neighborhood. Patterson, who grew up in the neighborhood, and Reid, who retired this fall as pastor of New Bethel Baptist Church after 44 years, were dismayed. The group they formed, "Save Our Church and Community," managed to dissuade the city of Durham from the highway placement, and then grew into the Crest Street Community Council, with a larger improvement plan.

When state and federal officials would not yield on the expressway's route, the group successfully pushed for a bold plan to move the neighborhood. Over four years, 65 houses and more than 1,000 graves have been moved; 75 houses have been rehabilitated; streets have been improved; an old school was converted into a home for the elderly; and 65 new houses have been built. Special loan packages have enabled 98 percent of residents to own their homes.

Today, the Crest Street turnaround isstudied nationwide as an example of urban planning at its best.

Leo Teachout has devoted the last six years of his life to caring for people with AIDS and trying to prevent the spread of the deadly virus. That's a controversial mission in some quarters. It was even less accepted when he began the work in southeastern North Carolina.

But he has persevered, in the face of threats, snubs and disappointments, and today many people across the state owe their lives to his efforts.

As executive director of GROW, a gay and lesbian support group based in Wilmington, Teachout has fought the AIDS crisis, working tirelessly to educate the public about prevention and to dilute irrational fear of those who live with the disease. Traveling the state, he leads safe-sex workshops, distributes educational materials, speaks at churches and schools, raises money, lobbies legislators and establishes HIV-positive support groups.

It has been said that Teachout, in advocating for people with AIDS to be treated humanely and with dignity, has done more than any other person in North Carolina to educate people about high-risk behavior. He has given people the tools to protect themselves, and he has made a difference in the lives of those who are already infected.