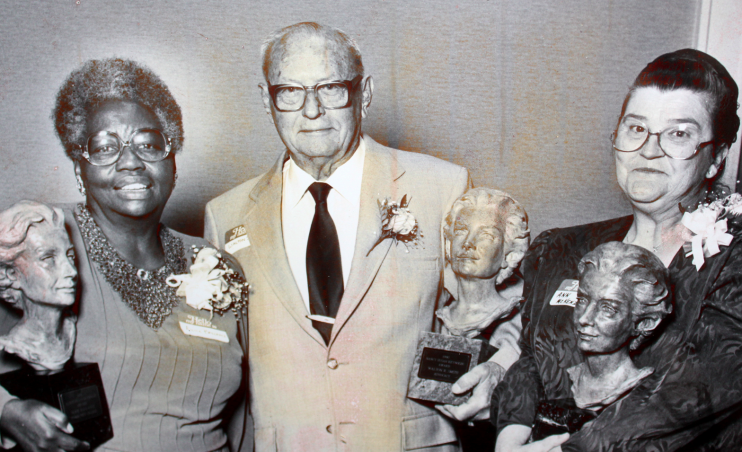 As a child in poor, rural Bertie County more than half a century ago, Alice Ballance believed she had a responsibility to help those people less fortunate even than her poor family. Her parents were sharecroppers, and, as an adult, Ballance became angry when she saw white farmers tear down houses and displace poor, black
tenants.

Since the early 1960s, Ballance has worked tirelessly to help relieve the effects of poverty. She found housing for those displaced sharecroppers and worked to open the welfare system to them. She started poverty programs, daycare for children and seniors, health and dental clinics, and jobs programs. In 1966, the national news media covered her impassioned plea for help before a U.S. Senate Committee on poverty. Believing that voting was key to citizen participation in government, Ballance mounted voter registration drives. She personally has been responsible for putting thousands of Bertie County residents on the voting rolls.

Selfless in all that she does, Ballance has spent much of her own hard earned money on community projects.

Ann McKenzie believes that she is her brother's keeper.

Because there were men in need of housing, food, companionship, and most of all, love, she started a boarding house in Winston-Salem in 1984. She named her boarding house "Applecross House," after the ruins of a Scottish abbey, because the lives of the people she had taken in were in ruins.

A public school English teacher, McKenzie devotes virtually all her non-teaching time to a group of men society has rejected. She began Applecross almost by accident. When she was trying to repair a house she had bought, a neighborhood boy asked if he could mow her lawn. As she learned how his parents had abused him, Ann and the boy became friends, and her house became a haven. She realized, she said, "I had a 21-year-old developmentally disabled son."

The other seven men who live at Applecross also are developmentally and emotionally disabled, and most of them were severely abused as children. She sees them as family. Her service is strictly voluntary, private and non-governmental.

She gives her boarders shelter, cooks for them, takes them on trips, helps to build their self-esteem, hugs them, disciplines them and teaches them to be more or less self-sufficient. Most of all, she loves them, and they love her.

Walton Smith is a man who sees both the forest and the trees.

Since 1985, he has been an important advocate for thousands of people in Western North Carolina who are concerned about the way the U.S. Forest Service is managing the million acres of public forest in that part of the state. They are particularly concerned about widespread clear-cutting of forest, in which all trees in a designated area are cut without regard to species, size or the terrain of the land.

His leadership has been twofold. His willingness to make technical arguments on behalf of citizen groups has enabled those groups to protest despite the Forest Service's intimidating "public participation procedures." More important, he has devoted thousands of hours to speaking to groups, educating and inspiring them, and to publishing newsletters.

Smith's work is especially courageous because his professional career was with the Forest Service, so he is, in essence, challenging his former colleagues.

His work has enabled citizens in Western North Carolina to speak for themselves.