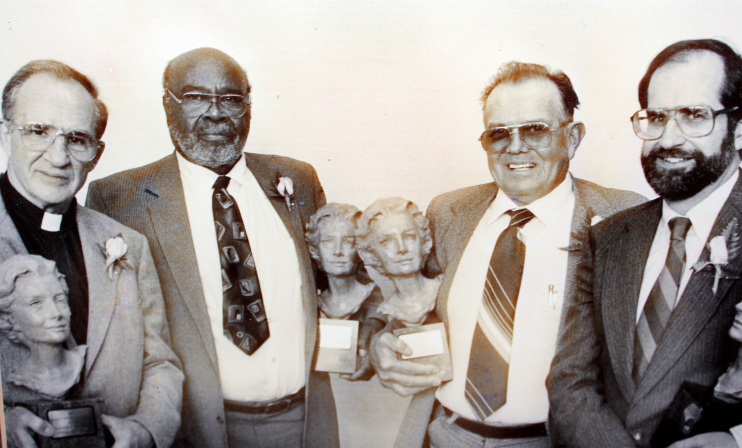 In the poor, rural and predominantly black county of Northampton in northeastern North Carolina, a large and powerful out of-state company decided almost two years ago that it would build a hazardous waste incinerator. But two neighbors, one black and one white, men who had known each other for the better part of the century, decided otherwise.

Clayton Collier and Charlie Garner had little interest in government, much less a working knowledge, but their opposition to that proposed incinerator sparked a revolution of sorts in Northampton. While democracy was emerging in Eastern Europe, some people say it was re-emerging in Eastern North Carolina. From the time they found out about Thermal-KEM's plans a few days before Christmas of 1990, Collier and Garner have been the force behind a powerful group called Northampton Citizens Against Pollution. Going door-to-door in their old pickup trucks during the holidays, they pioneered a grassroots citizens group that has changed the way government works in their county.

Though not trained in leadership or public speaking, they offer courage and wisdom that made their fellow citizens realize government was not protecting them. Their commitment set an example for others.

Northampton Citizens Against Pollution is a positive force that has brought people together regardless of race, class or age. The incinerator fight has not been won, but much has been gained. There is a new sense of community involvement and of neighbor caring about neighbor.

Monroe Gilmour lives with his wife, Fern, and two sons off the beaten path in a house his family used as a summer home when Monroe was growing up in the 1950s and '60s. It seems as isolated as one could be in the mountains of Buncombe County.

But from this place, where neighbor cannot see neighbor, Monroe goes about his work that affects the lives of many people. He is a community organizer, but he approaches this calling on the most personal of terms: full time, but totally volunteer; fully involved, but generally out of the limelight; concerned with some of the most penetrating issues of social injustice, but patient enough to deal with them as they affect one person at a time.

Most of his personal service centers on race relations and injustice. He helped form the group Western North Carolina Citizens for an End to Institutional Bigotry, which persuaded a country club to change its anti-black policies, convinced a radio station to stop signing off with "Dixie," and got a grain company to change its racist logo.

He has organized marches to draw attention to the homeless and hungry and to protest destruction of natural resources.

Gilmour is perhaps most effective as counselor to individuals - helping his fellow citizens understand that they have fundamental rights and responsibilities, and helping them to work within the democratic process to take charge of their lives when their rights are denied.

Ten years ago, Father Judson T. Mayfield was called to serve several tiny Episcopal parishes in one of the poorest and most isolated parts of North Carolina, the area of Beaufort County around Belhaven. By most indicators - unemployment, tax base, government services, indoor plumbing - this sizable area is one of the poorest and most rural in the state. Poverty, racial divisions, loneliness and lack of opportunity are endemic.

Ten years ago, the situation was much worse. In his quiet way, Father Mayfield has inspired and led change that is so pervasive it is hard to imagine how life would be without him.

Father Mayfield has worked with urgency, imagination and success to make things better in Beaufort and Hyde counties. The results of his labor include housing for poor people, nutrition sites for children and the elderly, daycare, transportation, a senior citizens center and Shepherd’s Staff, an ecumenical ministry of neighbor helping neighbor in times of crisis.

Perhaps even more important is the intangible thing Mayfield has given the community: hope. He has helped the people of eastern Beaufort and Hyde Counties take charge of their lives, and he has made them believe that they can make things better.