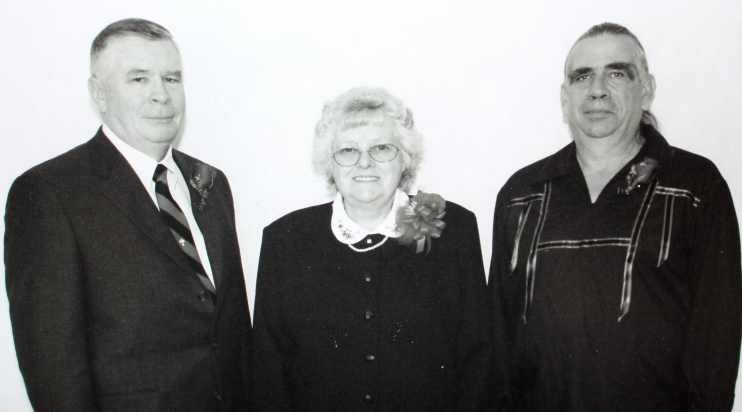 Rick Dove had always loved the river, and he could hardly wait to retire, swap his Marine uniform for fisherman’s togs and start working the river. Then he saw what hog factories, municipal discharge, agricultural runoff and other pollution had done to the Neuse River. Figuring he couldn’t sell fish that he wouldn't eat, Dove dusted off his law license and hung out his shingle.

In 1993, the Neuse River Foundation advertised for a riverkeeper. For Dove, it was a job made in heaven. He got it, and the fireworks began.

Dove and his boat, The Lonesome Dove, were everywhere. His enthusiasm and determination were contagious. He recruited volunteers, including schoolchildren. He established the "Neuse River Air Force," pilots with planes who check the waterways from the air.

When Hurricane Floyd’s disastrous floods hit, Dove's film and photos appeared on national news. Subsequent national attention did not please Dove's enemies. The hog barons did not want the finger of blame pointed at the waste they were producing. Fishermen were afraid that news of pollution would destroy their livelihood. Developers didn’t want limits on building. Tourism officials and politicians didn't like the adverse publicity.

Dove stuck to his guns, and eventually public opinion moved to his side. Slowly, the Neuse is becoming a cleaner, healthier river. Dove, who retired last year, travels the country to train riverkeepers. But he and his boat are still a familiar sight on the Neuse.

Cora Neville knows poverty. Sixty-six years ago, she was born into a poor family in rural Alleghany County. She moved on, working, marrying, and raising a family that had what it needed. But she never forgot the poverty, and although she has never had much more than the necessities, she has lived to give to others.

Giving is what Cora’s Charities, an organization she founded several years ago, does. Cora Neville’s example has drawn many volunteers who help with her "store." They donate clothing, furniture, food, diapers - necessities of life. People she has helped over the years volunteer at the store, and some donate items. She has helped create a community-wide ethos of receiving and giving. People believe in helping each other in Alleghany County, even if they are poor themselves.

Cora's Charities gives whatever items a person or family may need. Neville trusts people. She shuns the bureaucracy of government and some charitable agencies.

For 25 years, Neville has struggled with the logistics of accepting donations and getting them to people in need. Efforts to secure a building large enough to hold donations and serve as the store have fallen through for various reasons. Today, she operates out of an old city bus.

Some people estimate that Neville has helped more than half the population of Alleghany County at one time or another. Even the newest residents, some from Mexico or Central America, find their way to "Miss Cora." She helps everyone who comes.

Tom Squier works quietly and without pretension to heal racial strife and promote racial harmony in one of North Carolina’s most racially disparate counties. He has a style all his own, rooted in lessons he learned primarily from his grandfather in Cherokee.

Throughout Hoke County, Squier is known for bringing people together, speaking out for people who have no voice, doing good deeds, and encouraging people to understand and appreciate their racial heritage. He leads by example.

Using his skills as a Native American storyteller, Squier conveys his simple message throughout Hoke County and beyond. Showing three differently shaped leaves from the same sassafras tree, he makes a point about people. "We are all different, but we are all the same," he says.

To many of Hoke County's Latino workers, he is "El Indio." To many blacks, he is a watchdog for equal rights. To many whites, he is the patient teacher. And to people of all races, he is mediator and conciliator.

Squier often acts as interpreter when officials and store clerks cannot understand Spanish. He chairs an important committee of the Hoke chapter of the NAACP. He encourages events that transcend racial lines and bring people together.

Squier, a cancer survivor who was injured in a parachuting accident while in the Army's Special Forces, walks with a cane. He is philosophical about his misfortunes, just as he is about most of life, especially his lifelong pursuit of racial harmony.