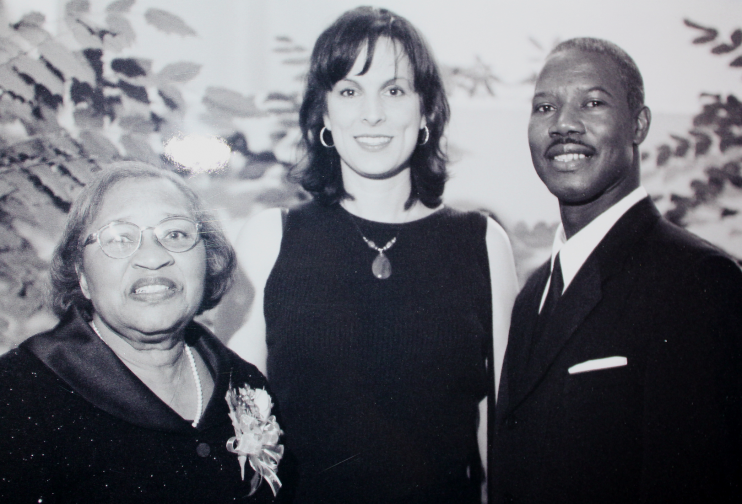 Josie Ellis spent much of her childhood in Jackson County, in the western mountains of North Carolina. Fondly remembering a place "where all people were kind," she decided four years ago that she wanted to raise her children in Jackson County. With a nursing degree and fluency in Spanish, she took a job with the Jackson County Health Department focusing on children’s health.

Jackson County was not as she remembered. With the exception of a few Cherokee Indians, all but a few of the county’s residents had been white. But for the past decade, farmers have been employing mostly migrant workers to raise their Christmas trees and other crops.

Now 1,200 Hispanic workers, essential to the local economy, are largely hidden. They are isolated on remote farms, often in deplorable conditions. Health problems are rampant.

When Ellis sought to improve these conditions, powerful growers fought her. In October, the Board of Health told her to focus narrowly on health and forbade her from giving literature to the workers about their rights.

Her courage and persistence are making a difference anyway. She persuaded a doctor to help open a clinic. She worked to change a policy that kept Hispanic children out of public schools. She mobilized churches and volunteers to provide clothing, supplies and childcare.

Ellis says, "I would not be in these beautiful mountains if my family had not been immigrants. We are a nation of immigrants, and this group deserves the best chance for a better life."

Effley Howell's love for black American history has shaped his life and made him an effective force for better race relations. His passion may date from the day he saw an old Bull Durham ad in a flea market and was appalled by the way it depicted blacks. He began collecting other products conveying negative images, along with such items as slave shackles and KKK propaganda. In time, he also began to collect items depicting blacks favorably.

Howell's vision was to use his collection to illustrate the black experience, from ancient Africa to today. His goal was to increase understanding, foster better race relations and ensure that the mistakes of the past are not repeated. Over time, as the state became more diverse, he considered it even more imperative to teach children and adults how to live in harmony.

Howell is not wealthy. As black memorabilia became more popular, his passion strained his family's budget and patience. But in time, his wife and children understood his reason and became enthusiastic partners.

He takes materials to schools, civic clubs, reunions and other events and uses them in an engaging, non-confrontational way to illustrate black history. Working toward his dream of a permanent home for his collection, Howell established the nonprofit Thankful Heritage Foundation in 1997.

Whether he is talking to fourth-graders or conducting diversity training at a corporation, Howell has a clear message for his audience about the pain caused by racial prejudice and the benefits of racial harmony.

Mary Mosley has proved that you can go home again. She moved back to Wilmington in 1987, to the neighborhood she remembered fondly from her childhood in the 1930s and '40s. But her neighborhood, called The Bottom, had become one of Wilmington’s most troubled neighborhoods, marked by dilapidated buildings, prostitution, drug dealing, murders and other crimes.

So Mosley began restoring her neighborhood. Today, the transformation is remarkable. She has been the guiding force behind The Family and Neighborhoods Institute of North Carolina. In a former grocery/bar/dance club, the organization is at the heart of the neighborhood’s revitalization. It is a community center where children go for tutoring, seniors go for lunch and meetings, and everyone goes for events such as health fairs.It is a symbol of good triumphing over evil.

Although 75, Mosley is at the center as much as 10 hours a day, six days a week. Her job has not been easy. She has written personal checks to cover center expenses. Early in her crusade, she was threatened by thugs.

Mosley has done what any good community organizer does: involved her neighbors and friends. Quietly persuasive, she also got the attention and support of city officials.

The Bottom is not what it was when she was growing up, but it’s also a far cry from what it was before Mosley began her crusade in the late 1980s.