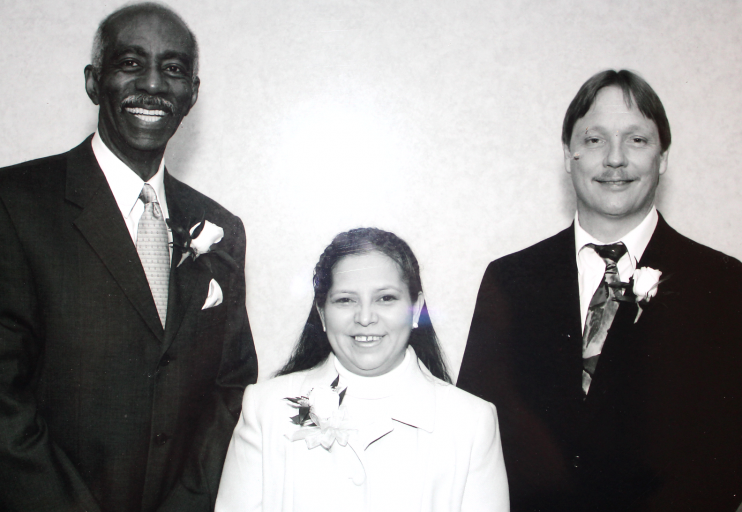 Lake James, the uppermost in the Catawba River chain of lakes created by what is now Duke Energy, has been part of Paul Braun’s life for most of his 42 years. After eight years of grassroots advocacy in which Braun led a difficult battle to save Lake James and its scenic shores from unregulated development, Braun is an undeniable part of the lake and its future.

Braun enlisted thousands of people as his allies - petition-signers, conservation groups and elected officials - in a fight against Duke Energy and Crescent Resources, its real estate subsidiary and developer. Most people say, however, that if it had not been for Braun, Lake James would not have been saved.

A native of Burke County, Braun works second shift at a manufacturing plant. In many ways, he's a good ol’ boy. But he saw a problem, took up a cause and became a skilled public speaker, writer, leader and advocate.

Before Braun set to work, the public had access to only about 100 feet of lakefront. Crescent Resources was opening lakefront developments at a rapid pace. Water quality was declining.

Because of Braun’s persistence, Lake James State Park is about to increase from 600 acres to more than 3,600 acres with 30 miles of public shoreline. And Crescent Resources has worked with the county on a master plan that controls future development around the lake according to conservation principles.

Paul Braun has learned that "a little guy with no money can make a difference."

At this point, Tony Foriest could be taking it easy. In his way of thinking, he is. After 24 years as a top-performing representative at the Xerox Corporation, he is officially "retired," but his days are busier than ever.

Citizens of Alamance County count on Tony Foriest’s positive leadership. He is a master of bringing people together. Foriest has served on the boards of the local health department, United Way, arts council, friends of the library, the Friendship Center and the county’s Committee on Civic Affairs. During the last four years, he has cochaired the Closing the Gap Committee - parents, educators and community leaders who recommend ways to "close the gap" between the test scores of minority students and white students while raising scores for all students in Alamance County schools.

Chairing the committee is a delicate process, but Foriest’s collaborative leadership style makes things work. He is able to listen respectfully to divergent viewpoints and help people work together to move all students forward while helping minority students to catch up.
Progress is evident.

Foriest is also known as a powerful advocate who works for justice for people of all races. For Tony Foriest, life is about giving back. His joyful, positive approach to servic  and his persistence on matters related to race relations and racial justice have helped make Alamance County a better place for everyone.

As a journalist has written, "It is difficult to imagine the woman Maria Marta Pavón once was." Her former husband, who brought her to the United States from Mexico, beat her and abused her emotionally. Unable to speak English, fearful of being sent back to Mexico without her children, Pavón endured the abuse and fear for years.

Eventually, she went to the authorities in Chatham County. Her former husband was arrested and sentenced, and Pavón was on her journey to recovery.

Now Pavón has dedicated her life to helping other women, particularly Latinas, escape domestic violence and rebuild their lives. She is an outreach worker with the Coalition for Family Peace in Siler City, where she once was a client. The agency hired her even though she had no formal training, and at once, many more Hispanics began coming in for help. Pavón became a vocal advocate, telling her story and putting a face on an issue that often is hidden.

Pavón also has helped other Latina women become lay health advisors and community leaders to promote change in their community.

Pavón’s real work is with the many Latinas in Chatham County who need a friend. But her influence is far-reaching as she touches audiences throughout North Carolina who hear her story of hope.