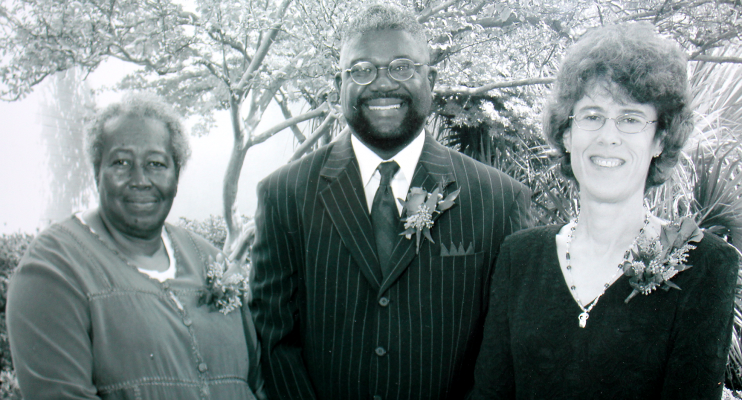 Margaret Clinard has been a lifelong advocate for children, with a special talent for mobilizing others to meet their needs. Over the past 25 years, the 100 or so children for whom she has provided foster care through the Children’s Home Society of North Carolina have affectionately called her "Momma."

She's never liked to call them "foster children." Once they become a part of her household, they are her children, surrounded by her boundless love.

You would think a houseful of children in limited public housing quarters would be enough to satisfy her motherly instincts. But that has never been the case. Where Clinard has seen children in need, she has responded — organizing a baseball team in her neighborhood, or rounding up at-risk kids from around Greensboro to expand their experiences and motivate them through Future Ladies and Men of Tomorrow.

Clinard is resourceful. She knows how to be an advocate for children with special needs. Ministers, educators, retired educators, Masons, professionals and public officials all agree: when Margaret Clinard asks for help for her children - anybody’s children - you can't say no.

Willie Ratchford grew up in public housing almost within sight of Charlotte's City Hall, in the 1950s and early '60s when Charlotte was largely segregated and City Hall was a world away from Earle Village. Now, he holds a pivotal position in local government, influencing the lives of people throughout Mecklenburg County as Executive Director of the Charlotte-Mecklenburg Community Relations Committee (CRC).

A program called "A Better Chance" helped Ratchford overcome the barriers he faced as a young person. He attended prep school in Massachusetts, then won scholarships to Tufts University. When he returned to Charlotte after college, he found that some of his childhood friends had shut him out. He honed his skills as a mediator and conciliator.

For the last 31 years, Ratchford has been working at City Hall, including 27 years in various positions with the CRC. Charlotte still has some race-relations problems, but the CRC has been credited with enhancing opportunities for all people and promoting communication, respect and goodwill. In 1995, Charlotte’s community relations were cited when the city was awarded the firstplace City Livability Award by the U.S. Conference of Mayors.

Ratchford addresses obvious racism and more subtle forms. Part of his approach is to take advantage of opportunities to build social capital.

Ratchford's latest challenge is to help the community deal with the impact of the influx of immigrants from around the world. He feels that he has been preparing for his work since he was a child.

Faith Lockwood's advocacy for disadvantaged children is at the core of her being. She has devoted her life to often-forgotten, challenged children.

As a social worker for more than 20 years, Lockwood has helped thousands of children whose problems defy easy treatment. Her work includes five distinct areas: pregnant teens, abused children, juveniles who have committed a crime, physically and emotionally challenged children and teenage parents.

For the past seven years, Lockwood has served the mental and physical needs of an average of 350 pregnant girls a year in middle and high schools in Winston-Salem and Forsyth County. Her position is not funded, so she has to raise the money herself.

Lockwood also has created a summer work program for 15-to-17 year-old mothers. She helped found the Forsyth Adolescent Health Care Coalition. She trains pediatric residents at Wake Forest University Baptist Medical Center to understand the needs of adolescent mothers and their children.

She navigates the system on behalf of abused children. She adopted her son, John, when he was repeatedly abused as a toddler despite her efforts to intervene.

Lockwood inspires others - court officials, church members and the adolescents she works with. She lives her faith, feeling that she is called by God to do her work.