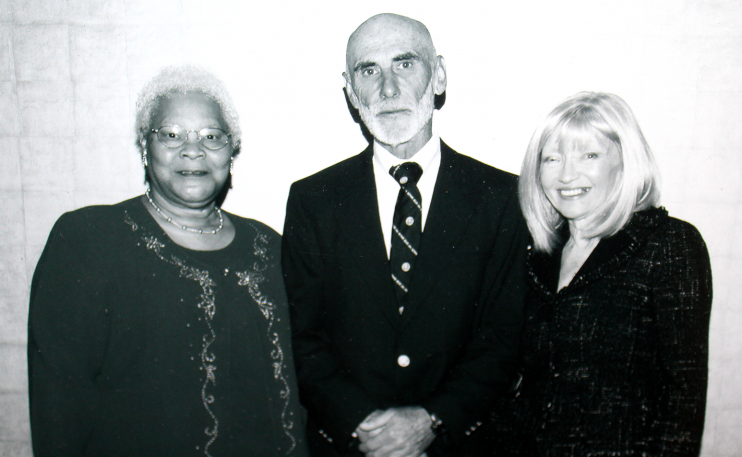 Lillie Sanders was surprised when a friend referred to her as a "philanthropist." Philanthropists are rich people, Sanders said, and she lives a Spartan existence believing the Lord will provide for her as she tries to provide for others.

But Sanders has perfected the art of giving - whatever she has on any given day. She has become a role model for others, especially in low resource communities such as Magnolia in Duplin County, which is about equally divided among whites, blacks and Latinos. She ministers to everyone.

Duplin County is largely agricultural; jobs are scarce, and wages are low. There is no United Way or Salvation Army, none of the services larger communities take for granted. So over the years, the hurting and the needy have turned to Lillie Sanders. Time after time, she has helped.

People give her things - clothes, furniture, appliances, food - and she makes sure those who need them get them. She has turned a small house into a recreation center. She helps families who can't afford to bury their dead. Her dream is to build two apartments on land she owns as temporary housing for burnt-out families. She is raising the money a dollar at a time.

She has no rules. "Sometimes I tell people I serve the needy and the greedy, but I don't think it's my place to distinguish," she says.

In a way, Dave Genova views his early years in a public housing project in New York as a gift. He learned the benefits of a diverse culture and the importance of respecting all people. These lessons have guided him as a young person, an enlistee in the Navy, a college student who went on to get an advanced degree in counseling, a corrections officer, and as an instructor at North Carolina Outward Bound School for almost half his life.

He has had such a profound influence on Outward Bound that he is often referred to as the organization’s conscience.

Twelve years ago, in Pisgah National Forest, Genova overheard a young white student say she was glad there weren’t any African Americans in her crew - except she used a pejorative for African Americans.

At the next general Outward Bound meeting, he reported what he had heard and said something had to be done.

Out of that experience came Unity Project, a program he envisioned and implemented. Its simple model incorporates diversity and race relations into the typical Outward Bound program. It has helped many young people in North Carolina and is being replicated in schools and other settings throughout the United States and in the Middle East.

The Unity Project is the most tangible example of Genova’s work to effect social change, but it is only a part of his lifelong efforts to fight prejudice and disrespect.

Susan Hill has long been in the midst of this country’s raging battle over abortion and the right of women to make decisions about their own bodies.

Hill remembers the days before Roe v. Wade, when abortions were illegal. She had friends in college who suffered after backroom abortions. As a social worker, she knew that many poor women in rural areas died because of botched abortions.

One week after the Roe v. Wade ruling in 1973, Susan Hill went from being a social worker to working in the first abortion clinic in Florida. Two years later, she founded the National Women's Health Organization,clinics and surgi centers throughout the country specializing in gynecology and abortion services. She has been a leader in providing abortion services in underserved areas.

Her clinic in Raleigh is the scene of weekly protests. She deals with arson attempts and death threats. A doctor at one of her facilities in Florida was murdered. She persists, suing anti-abortion foes and testifying before Congress and the Food and Drug Administration. She knows that a woman’s right to make decisions about her own body is a right that easily could be lost.