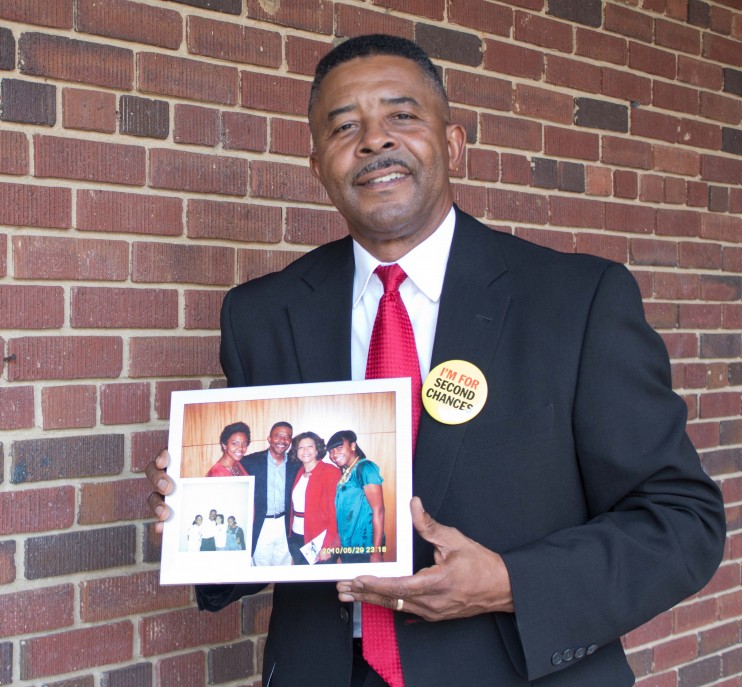 Meet Dennis Gaddy. Gaddy is the executive director of Community Success Initiative – a ten-year-old nonprofit charged with the mission of helping formerly incarcerated men and women get back on their feet once released from prison.

“I come to this work in an unusual kind of way. I didn’t wake up one morning and say, ‘I’ll just start a nonprofit for men and women coming out of prison and jails.’”

For twenty years, Gaddy owned and managed his own lucrative business. But says one day he found himself in the middle of some poor financial choices.

“Essentially, I ended up spending five and half years in the North Carolina Department of Corrections. My world was rocked a bit. I didn’t know if I was going to stay married or not. I didn’t know how the kids were going to respond to their father being incarcerated. However, through prayer and tears and therapy and counseling, all those things found a way to keep themselves mended.”

When you ask Gaddy if everything happens for a reason, his answer is yes. Perhaps it is because the series of events that unfolded while he was in prison eventually led him to his life’s work.

Gaddy remained in good standing while serving time, which allowed him to qualify for passes to participate in educational classes. He used one of his first passes to attend a workshop on entrepreneurship, something he says he did to keep his business skills sharp. That’s where he met John Parker – at that time the director of Good Work – a community development collaborative focused on strengthening local entrepreneurs, nonprofit organizations, and community leaders through culturally appropriate support and partnerships.

While serving out his sentence, Gaddy also began teaching personal development and leadership classes to inmates on Sunday nights. He brought in Parker to teach workshops on entrepreneurship and leadership. It was through these frequent interactions that Gaddy and Parker bonded and a friendship developed. Upon leaving prison, Parker offered Gaddy a position at Good Work as a leadership coach, which is where he completed his work release assignment.

During his time with Good Work, Gaddy noticed that little attention was directed toward personal development and leadership skills training as part of the re-entry process for formerly incarcerated individuals. He also realized that the issue of re-entry was going to become one of growing concern over the next several years.

“After studying this and finding out what’s going to get ready to happen here over the next ten years in America, we knew that there will be more people coming home from prison than in any other time in our history. Conservative stats would say 700,000 just from prison – not counting jails – every year. Not total. Every year per year for the next ten years.”

So with some money, but a tremendous amount of passion, Gaddy started hosting a series of “re-entry roundtables” to gather community members together to discuss how to get recently incarcerated inmates back into the workforce and integrated into everyday life.

“We knew that if we didn’t do something when people came home, there’d be a lot more victimization in the future. There’d be a lot more people going back to prison because they didn’t have any support in the areas of what I call the big four – jobs, housing, education and human services.”

Roundtables were held every month. And as interest in the roundtables began to grow, so did support for Gaddy’s work. As he attracted more funding, the conversations evolved into an office with a part‑time staff and volunteers.

What started out as a place where people were connected to services across the community is today a well-established institution where people receive personal development and leadership skills training, job readiness training, and entrepreneurial training or are directed to other partner organizations for specific needs. And the roundtables that were started in Raleigh are now held in communities across the state with people who are committed to coming up with re-entry solutions.

Gaddy still spends time behind prison walls. Together, he and his wife lead relationships workshops that coach inmates on how to stay married through crises.

“People hear you differently when they know you share their same story. I come to this work out of a sense of obligation, being able to have landed on my feet. I met a lot of people and a lot of individuals who were not so fortunate.”

Gaddy believes in forgiveness and knows the importance of having supports in place.

“My wife and I just celebrated our 31st year of marriage.”

He says he had a lot of people in his corner, including his family, getting him through the tough times.

Lifting people up during their hardships is just what he is trying to foster through Community Success Initiative and Gaddy stands behind his motto, “People need second chances.” He says he was fortunate enough to get one and is committed to helping others get one too.