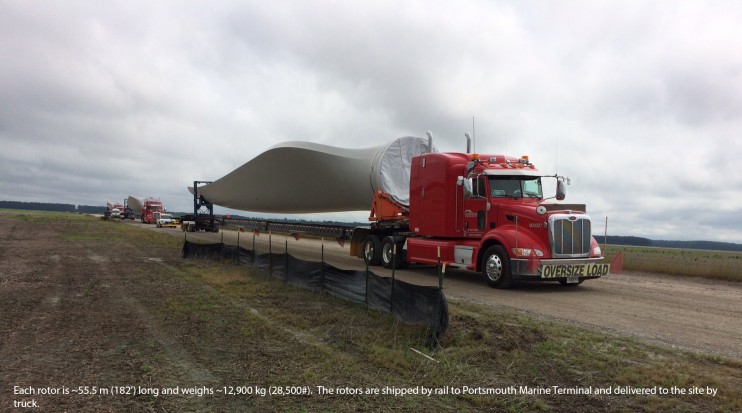 Those in search of environmental inspiration need only turn their attention east from the too-often polarized debates in Raleigh to find exciting collaboration happening all along our coast. At the local level, citizens and their elected representatives are coming together to diagnose shared problems, identify opportunities, and chart a course forward that advances environmental protection and economic prosperity. Below are a few notable examples of this hopeful trend.

North Carolina’s first utility-scale wind farm is under construction in the rural northeastern corner of the state. Developed by Iberdrola Renewables to meet growing energy needs for data centers owned by the online retailer Amazon, this 300 megawatt project is the first of its kind in our region and will serve as an exciting showcase for clean energy. Many layers of permitting and financing were required to enable this ambitious project. Yet, in the end, its fate was decided by land use and permitting decisions that were made at the community level. The Southeast Wind Coalition, a ZSR grantee, worked to help local elected officials assess the impact of this 34-square-mile facility, which will feature more than one hundred towering wind turbines. They drew upon extensive experience from other parts of the U.S., where wind energy is widely deployed, to separate legitimate concerns from unfounded scare tactics that had been raised by some project opponents.

After completion early in 2017, this project will be the largest tax payer in Perquimans and Pasquotank counties, adding more than $250,000 per year in taxes for each county, which will support schools, police and fire departments – while requiring few services in return. Farmers and other landowners leasing to Iberdrola will receive $6,000 per year, per turbine, for a total of $648,000 injected annually into the local economy. As many as 250 jobs will be created during the 18-month construction period, and the project will require 14 permanent employees with average annual salaries of $80,000.

At the same time as this wind farm was under development, local business owners, engaged citizens and elected officials along North Carolina’s coast were taking time to educate themselves about a proposal from the Obama administration to open up the state’s coastal waters to drilling for oil and gas. Most concluded that any positive economic benefits associated with offshore drilling were outweighed by the threats posed to a coastal tourism industry that serves as a major economic engine for the region.

With support from ZSR grantee Environment NC and other partners, more than 30 NC towns and counties passed resolutions opposing off-shore drilling, and more than 200 local business leaders signed a letter to President Obama opposing offshore drilling. In February 2016, the Obama administration announced its decision to remove the Atlantic coast from the five-year federal leasing program for oil and gas, effectively ending the threat of drilling in NC’s coastal waters in coming years. Local concerns from elected officials and small businesses on the coast were cited by federal officials as a key factor in the federal decision.

Here is another example of ways in which community leaders are recognizing the importance of balancing the economic and environmental impacts of new industrial development. In March 2016, Titan America announced that it was scrapping plans to build a massive mining and cement manufacturing facility near Wilmington that had been identified as a significant environmental threat on the coast. Air pollution from the facility raised immediate concerns, but local leaders were also concerned about how groundwater would be impacted. Titan’s plans for the mining operation involved pumping out as much as 16 million gallons of water per day from an aquifer that provides drinking water for much of the region.

The NC Coastal Federation, a long-time ZSR grantee, helped lead the local resistance to the Titan Cement expansion. While the challenge against Titan Cement took many twists and turns, observers generally agree that what finally killed the project was the decision by local elected officials to adopt a more protective, county-level, Special Use Permit for new industrial development. The Coastal Federation is now working with a diverse array of partners to help New Hanover County develop a comprehensive plan that will guide future development of decisions in this rapidly urbanizing coastal community, promoting a vision that will encompass good jobs while also protecting the natural resources upon which long term economic prosperity depends.

ZSR is proud to support nonprofit organizations that have prodded and partnered with local elected officials to make these tough decisions. These decisions have set the stage for enduring economic prosperity, while protecting the natural resources and quality of life that citizens hold dear. We admire the innovative spirit and courage that it takes to reach across partisan divides to forge meaningful progress and are hopeful that our state leaders will take note and look for opportunities to build upon local efforts like these. We are confident that, by working together, we can craft common sense solutions that will continue to make North Carolina a leader in the Southeast. 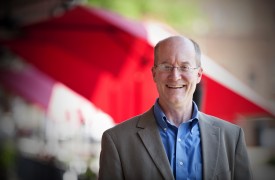