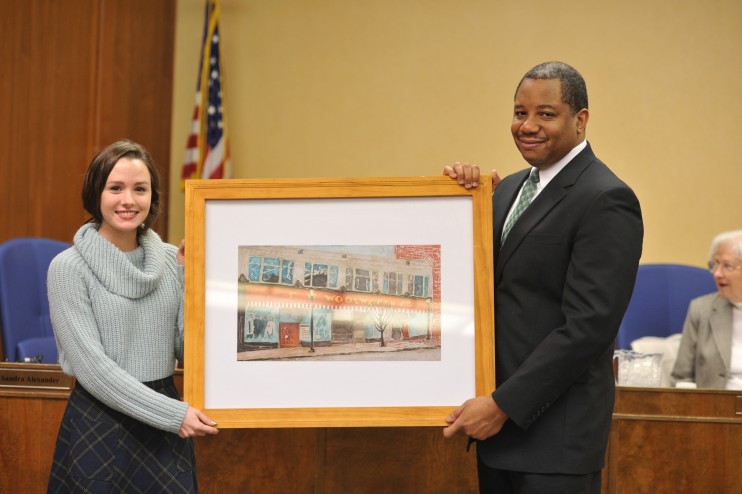 On March 28, 2016, the Z. Smith Reynolds Foundation welcomed Maurice “Mo” Green as its new executive director. Mo comes to the Foundation most recently after serving as Superintendent of Guilford County Schools – the third largest school district in North Carolina – where he oversaw more than 72,000 students, 127 schools, approximately 10,000 employees and a budget of more than $600 million. In this position, Mo also spearheaded the process of completing the district’s first-ever strategic plan, and launched a second, both of which have resulted in notable outcomes such as increased graduation rates and other impressive student achievements, both academic and non-academic.

In the months after announcing his resignation from Guilford County Schools to assume the position of executive director of the Z. Smith Reynolds Foundation, Mo received a host of awards and recognitions from organizations and individuals, honoring his work to make North Carolina a better place.

One such recognition was presented by the February 11th Association in High Point, where Mo was presented with the organization’s leading award during its 10th annual banquet. Founder Mary Lou Blakeney described Mo as a man of integrity, with great leadership ability, who cared about education as a whole – always having concern for students, teachers, staff and the community. She said “he walked the walk, didn’t just talk the talk.”

Though Mo was the recipient of the awards, in every instance, he credited others, particularly the employees of Guilford County Schools, as he believed that they were the people who truly deserved the recognition.

Presented by the Welfare Reform Liaison Project, the Thurgood Marshall 2015 Esther Award recognizes seven men and women in Guilford County who are committed to building up their cities and communities as champions of change. Mo was honored for his work and dedication to helping every student in Guilford County graduate from high school ready for career, college and life.

Presented by North Carolina A&T State University, the Human Rights Medal is awarded annually to individuals who have worked to correct social injustice and have significantly contributed to the betterment of the world. Recipients are chosen based on their proven track record of contributing significantly to lifting up humanity based on correcting a social injustice, heroism, promotion of fellowship, technological discovery, academic contributions, diplomatic achievements, human welfare, social reform and/or significant community contributions. This award is one of the highest honors the University bestows upon an individual. Mo was honored for his tireless commitment to serving the children and parents of Guilford County Schools.

Presented by McDonald’s, WQMG (97.1 FM) and WEAL (1510 AM), the McDonald's Rhythms of Triumph Award of Excellence honor residents of the Triad who have demonstrated outstanding accomplishments, contributions and personal sacrifices that have had an impact in the African American community. Mo was honored for his leadership as well as his sustained commitment and involvement in the community.

Presented by the North Carolina Association of Educators, the Excellence in Equity Award honors one or more individuals or groups for their long-term dedication, commitment, and energy toward the goal of making North Carolina a more equitable community. NCAE is the state’s largest education advocacy organization for public school employees and represents active, retired and student members. Mo was recognized for his countless contributions to public education.

Presented by the Guilford Education Alliance, the Margaret Bourdeaux Arbuckle Award is presented to a community leader with a long history of support for quality public education. Mo was honored for his vision as a tireless and passionate education leader and a strong advocate with a heart toward giving all children a fair chance for a successful life.

The Guilford County Board of Education made a monetary donation to “Say Yes Guilford” to start an endowed scholarship in Mo’s honor. The donation was made as a thank you gift to Mo and will help fund last-dollar tuition scholarships for Guilford County Schools graduates.

Senator Gladys Robinson of the NC General Assembly presented Mo with a Certificate of Recognition to honor his tireless advocacy on behalf of children, families and public education as Superintendent of Guilford County Schools.

The NC Department of Public Instruction presented Mo with a Certificate of Appreciation to honor Mo’s significant contributions to character development and service learning.