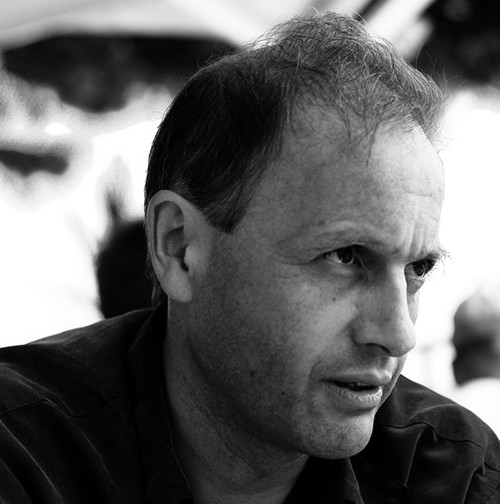 James Boyle is the William Neal Reynolds Professor of Law at Duke University. Established in 1975, this fund endows chair positions at Duke University’s School of Law. The fund was originally created to support scholarships, but was converted to its current use in 1987.

Professor Boyle recently sat down with us to discuss academic freedom, his latest projects and Duke’s position as a center for intellectual property scholars.

1. When did you shift from legal theory to applied scholarship on intellectual property?

I would say it was around 1988 or 1989. I started thinking, I know a lot of things that make sense of debates that people are having. I can explain them to them better than they can. I wrote a book, Shamans, Software and Spleens, which was the very early days of the internet, the early days of the digital revolution. That was applied legal theory – I always thought legal theory was practical. You have to make the connections for people who don't see that.

As I got more involved in intellectual property, some friends and I – Larry Lessig in particular – started an organization called Creative Commons. The attempt was to go out and help people who wanted to share their stuff. The people who want, like us, to publish stuff and make it freely available. The part that I am most proud of is that it has now become the standard license for open access of scholarship worldwide. Most open access scholarship, let's say that's funded by NIH or funded by the government, that is published free of copyrights is under our licenses. Many of them are under the freest of licenses, so that you can translate it, you can use it commercially, do what whatever you want.

[More recently,] I was also invited by the British government to review their intellectual property system and bring it into the twentieth century. I was one of five experts who guided that review. After about six months, we came out with a report, and amazingly enough, they implemented the report.

2. Tell us more about your most recent open source project.

My co‑author, Jennifer Jenkins, and I just published a case book on intellectual property, which we've made freely available online. That means that anyone can download it. You can also buy a copy from Amazon.

We do this because legal education materials are expensive. If you go to law school, you'll pay $150 for each case book you buy, which we think is outrageous. We're making this available so that anyone can have it for free, which means that it's not only available to people in the United States, but people anywhere in the world who have access to the internet. We're doing that as a public service.

3. What have you learned through this process?

4. You could be any number of places, why Duke University?

The thing about a center of excellence like this is that you all make each other better. You're tossing your ideas out for some of the best minds in the country to savage and criticize and make better. We can then collaborate, which we do. I think that's one of the things that I bring to Duke. Everywhere I go, I like to be an institutional creditor rather than an institutional debtor. I like giving more to the institution. I think I'm a pretty good institutional citizen in that way.

5. Have you ever contemplated whether to stay in academia or pursue a career in business or consulting?

I always wanted to be in academia. The thing about being in academia, it's not one thing. I write comic books, I teach, I go around giving lectures. I've had so much opportunity with the British report I was telling you about. It's not like I'm in an ivory tower. I'm engaged with policy every day. I get to effectively define my own job. That's what academic freedom is for.

I get this incredible privilege, which is the privilege to work on anything I want, whether or not people disapprove. If you're given a freedom like that, you better use it, because this isn't something you can leave in the closet. Academic freedom is a privilege that you have to earn. It's given to you as a gift, so from my point of view, you have to spend your life redeeming that gift.