According to the Pew Research Center, nationwide, traditional newspaper print advertising declined by 49 percent between 2003 and 2013. With decreasing revenues, daily newspapers across the country were forced to cut 15,000 newsroom jobs between 2000 and 2010, based on a report by the Federal Communications Commission. Newspapers in North Carolina have also experienced major cuts. Since 2004, the state’s two largest print papers, the Raleigh News & Observer and The Charlotte Observer have eliminated several hundred staff positions, many of which were newsroom positions.

These staffing cuts affect state and local level accountability reporting, which focuses on a more in-depth, investigative look at specific topics that are geared toward civic interest and government affairs. As a result of these cuts, reporters cannot solely devote themselves to specific beats such as education and the environment; many newspapers have consolidated beats or dropped them altogether.

Cuts have also affected coverage of the state capitol, particularly at newspapers outside of Raleigh and Charlotte. A new report from Pew Research notes that in 1990, the state had 42 full-time capitol reporters, a number that fell to only 12 in 2008 but has now climbed upward to 18 full-time and 20 part-time reporters covering state-level public affairs.

In response to these trends, various efforts are underway to increase state and local accountability reporting. Traditional newspapers are seeking new ways to raise revenue to support their newsroom staff, while smaller for-profit media startups have emerged in places like Charlotte, Davidson, and Winston-Salem.

Recently, increased attention has been placed on the potential of nonprofits to fill this reporting gap and provide important civic information to citizens. Across the country, and here in North Carolina, a number of nonprofit news outlets have emerged over the last few years. Carolina Public Press, for example, covers an array of civic issues and conducts investigative reporting in the Western region of the state, while Raleigh Public Record covers city and municipal affairs in Raleigh and Wake County. The Coastal Review reports on environmental issues along the state's coastline, while news sites like NC Policy Watch and NC Health News cover statewide policy on a variety of matters.

The shifts in the media landscape raise questions such as: How will the media industry continue to adapt to this changing landscape? And how will this emergence of nonprofit news fit into the equation moving forward? What are some ways in which traditional and new media outlets will be creative, innovative and revenue-generating and provide the information to the public that is critical to fostering a well-informed public and healthy democracy? In this era of technology advances that both disrupt and enhance media and journalism, there will be important roles for the nonprofit sector to play in providing credible information to the public. 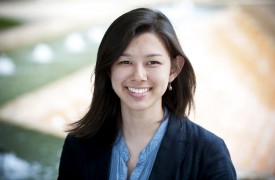 Allie Yee is a former fellow with the Z. Smith Reynolds Foundation.