Northeastern NC What Does a Thriving Rural Community Look Like 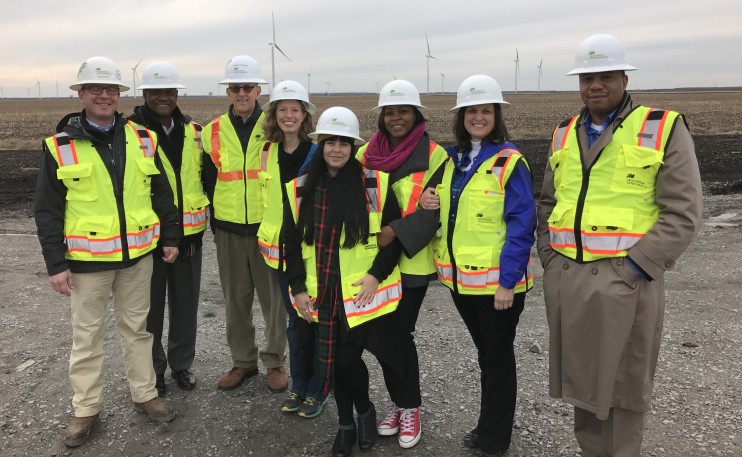 What does a thriving rural community look like? This was a question that Foundation staff was asked by the staff of a nonprofit organization and that we continued to ask ourselves once we set out to learn more about Northeastern NC as part of our Mo Wants To Know statewide listening and learning tour.

Our two-day tour in Northeastern NC began in the town of Warrenton, in Warren County, where we met with Working Landscapes, a ZSR grantee that focuses on issues involving food systems and strengthening local economies. We met with the leadership of the organization at Lloyd’s Bakery, a local coffee shop that Working Landscapes is helping to incubate in the downtown area.

The conversation with Working Landscapes spanned issues of food justice, local farming, and racial equity. “I think our idea of what a thriving community is supposed to be is filtered through an urban lens,” said one staff member of Working Landscapes. “What should a thriving rural community look like? I don’t even think we’re using the right metrics to figure that out.” That idea remained with staff for the rest of our trip.

That afternoon, we arrived at the Franklinton Center in Whitakers (in Edgecombe and Nash Counties) where we convened leaders from around the region to discuss some of the issues facing rural communities, such as population decline, food insecurity, and the legacy of segregation. The Franklinton Center itself is an incredibly powerful place. A former slave plantation, the Franklinton Center was transformed into one of the first accredited schools for African Americans in the South. It later became a space for activists to meet and train and now serves as a conference center frequented by changemakers across the region. The history – and the possibility – of this place was palpable.

On day two, Dr. Amy Locklear Hertel of the UNC American Indian Center accompanied Foundation staff to Hollister, in Halifax County, to meet with leaders of the Haliwa-Saponi tribe, including Dr. Richardson, the nation’s chief. The Haliwa-Saponi are one of the seven state-recognized tribes of North Carolina, but are not federally recognized. Federal recognition often comes with access to economic development tools, like casinos, which are not available to the Haliwa-Saponi. Despite this, Haliwa-Saponi leaders embody resilience and grapple daily with the sorts of challenges staff had only begun to understand. So what does a thriving tribal nation in a rural area look like without the aforementioned federal resources? We departed, with invitations to the next powwow, trying to figure out just that.

Our last stop took us to the town of Hertford, in Perquimans County, to meet with another ZSR grantee – Southeast Wind Coalition – for a tour of the Amazon Wind Farm. Spanning across 22,000 acres leased from more than 60 local landowners and farmers, Amazon is the first utility-scale wind farm in North Carolina and the first large-scale wind energy facility in the southeastern United States. Foundation staff climbed into a truck, hardhats and vests on, and rode to the site. White metal pinwheels started coming into view on the horizon and staff learned how the construction of the wind farm had become an economic driver for the local community; all the roads in the area had to be built to withstand the construction and local farmers were fairly compensated for use of their land. We clambered out of the truck, craning our necks to try and see the top of the meter tower at just over 300 feet tall. We stood underneath the quiet and clean-spinning meter blades among the stalky remnants of last seasons’ crops and I contemplated the landscape around me, both verdant and poised for growth.

These days, there are a myriad of articles and blog posts written about what is wrong with rural communities and I imagine, especially now, they will not stop anytime soon. We often focus on the challenges communities face rather than their strengths. Across the Northeastern region, I saw transformative ways of thinking about the future of work and economic development with existing assets: abundant land on which to produce food and green energy and people full to bursting with resilience and pride for their communities. The answers are there. Too often, we are simply asking the wrong questions. 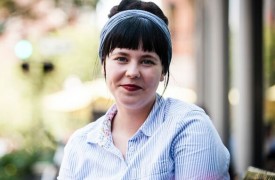 Khaetlyn is a fellow with the Z. Smith Reynolds Foundation.