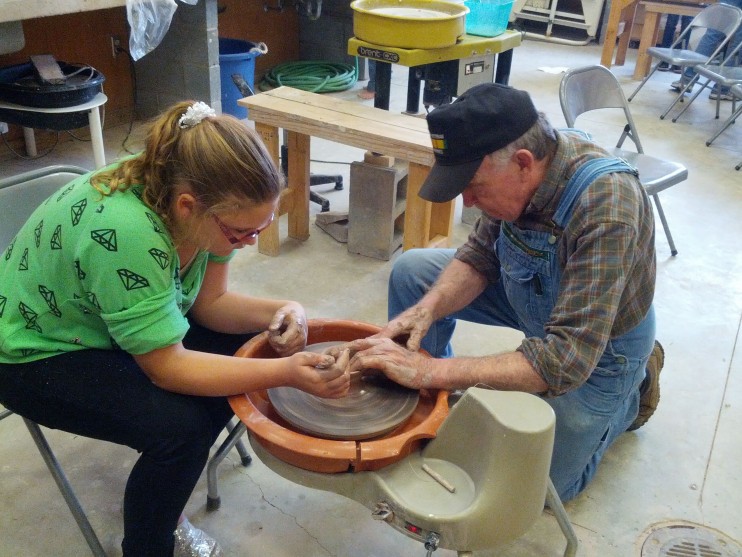 Pretty much anywhere you go in North Carolina, you can find clay. Some of it is better for making pottery than others. In the Seagrove area, clay has been very good for pottery, and that had a lot to do with Seagrove's initial presence in the pottery scene in North Carolina. As time passed, Seagrove became known as a pottery center, and that in turn brought in more potters. Today, there are more than 80 potteries within a 20-mile radius.