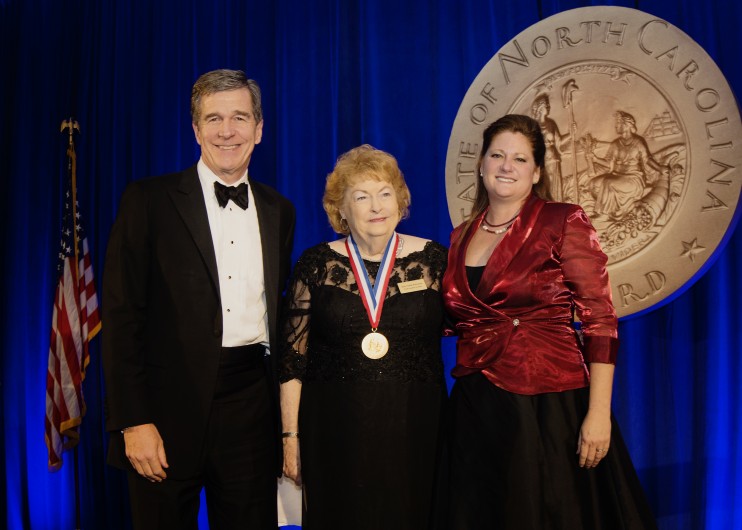 Patterson has been a pioneer in North Carolina politics and digital communications, and an advocate for equality for women and minorities throughout her life. A native of Tabor City, she has worked tirelessly to promote access to technology and broadband communications in rural North Carolina, to “help even the playing field” to ensure rural citizens’ access to education, jobs and a better quality of life. She served as executive director of the e-NC Authority, an organization with a goal of bringing affordable high-speed Internet access to the citizens, businesses and institutions of North Carolina, particularly in rural areas. Patterson worked for North Carolina Governor Jim Hunt through his four terms in office, first as secretary of administration, then as chief advisor for policy, budget and technology, and finally as senior advisor for science and technology and director of the office for technology.

Created by the General Assembly in 1961, the North Carolina Awards have been presented annually since 1964. The award recognizes significant contributions to the state and nation in the fields of fine arts, literature, public service and science.

The awards are administered by the NC Department of Natural and Cultural Resources.